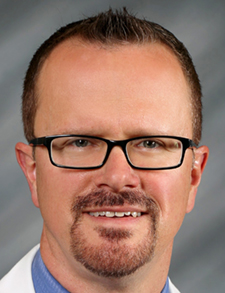 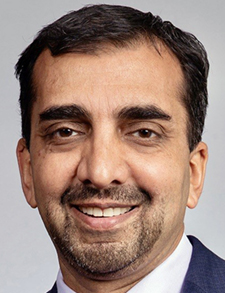 The U.S. has the world’s largest economy and devotes a larger share of its gross domestic product to medical services than any other developed nation. Historic market “disruptors” such as Amazon have identified the health care market as an area to expand their footprint and are actively working to infiltrate and overhaul sectors of the U.S. health care market.1

Threats like these to existing health care markets are real and growing and require hospital medicine leaders not only to look for new ways to provide high-quality care at lower cost but also to develop the infrastructure to drive change effectively. Hospital medicine leaders must drive operational efficiencies to reduce waste and inefficiency but also lead quality initiatives to improve patient safety and reduce complications of hospitalization, such as hospital-acquired pressure ulcers and catheter-associated urinary tract infections. Fortunately, if you become good at change management, and develop the effective infrastructure for leading change management in your hospital medicine group (HMG), you will be able to drive both quality and operational changes effectively.

The five approaches to quality initiatives are a framework we developed to think about how quality or operational initiatives get started. We will weigh the pros and cons of each type. These are not stand-alone approaches and can be synergistic.

Most of us have been a quality improvement (QI) or operational “victim” at one point or another, and there are strategies to avoid being “the victim.” The Chain of Command QI initiative comes from the outside and is often developed without an understanding of the local circumstance. The Chain of Command approach is used, for example, in military operations, where plans are developed at a central location by top leaders, such as the Pentagon. They are then handed down through the chain of command to subordinates who are expected to follow them.

This process works in highly disciplined organizations, such as the various branches of the military, where the duty to follow orders is ingrained in their training and culture. This occurs in health care, especially in large hospital systems. In some situations, the approach is necessary, such as developing a COVID-19 response center in the early days of the pandemic.

The approach generally doesn’t work well with hospitalist physicians, however, because they are independent-minded, highly educated, and trained to take initiative. Hospitalist physicians are often put off and alienated by this top-down approach to quality and operation initiatives. The best strategy for avoiding a Chain of Command QI or operational project is to get out ahead of it before you are told what to do and lead a project that has mutual vested interest from all parties resulting in mutual gain (you, your group, and the facility).

My way (or the highway)

This is a heavy-handed approach that leaders often rely on, but it often doesn’t work well with hospitalist physicians who, again, are independent-minded, highly educated, and trained to take initiative. Heavy-handed tactics are often met with resistance and even rebellion. However, at times this approach may be necessary if a group is sufficiently dysfunctional that a heavy-handed approach is required to bring structure and order to a chaotic and disorganized group.

We have experience using this approach in small hospitalist groups where there is the opportunity to spend a lot of time interacting with everyone on the team. In small groups, it is possible to get team members’ opinions firsthand so that when changes are made the group is sufficiently close to facilitate dialogue on the changes. A senior leader who has a long track record of success, and is held in high regard, has a better chance of getting away with this approach.

However, there is a serious downside for any leader using this approach, particularly early-career physician leaders. If the My Way approach is used by an early-career physician leader who does not have an established track record of accomplishments, resistance, and even rebellion often follow. This can be career-ending for a young leader. The hospitalist leader who takes this approach will have to spend a lot of time proving themselves and anticipate that there will be significant challenges to their authority. However, once a department grows large and is at multiple different facilities, the intimacy of the smaller group that makes the My Way approach feasible breaks down.

Also, as a group matures and stabilizes, there is no need for this type of heavy-handed approach. As a group grows and becomes more geographically dispersed, having the leader “call the shots” becomes more like The Chain of Command approach. Hospital medicine was “…the fastest-growing specialty in medical history” for the first 20 years of the 21st century.2

With the meteoric growth of our profession, the techniques for leading a small group of hospitalists have rapidly become outdated, and new approaches must be developed and implemented to govern large and diverse hospitalist groups. The Chain of Command and the My Way are very similar, except with the former the orders come from outside the organization, and with the latter, the orders come from within the organization.

Negative energy, once created, can be hard to control, difficult to channel, and can have unintended consequences. And eventually, the platform will stop burning and the energy created will dissipate, making this method unsustainable for the long term since the motivation to initiate the project was on an emergent basis. This is why the benefits of the Burning Platform approach can be short-lived because the energy needed to create momentum on an initiative can be difficult to sustain.

This approach essentially takes the independent operator out of the equation, leaving the outcome inherent to the redesigned QI or operational initiative. The Form Over Function approach does not apply to every initiative but is very effective when it can be implemented.

Typically, it works best when there’s a task that physicians are doing that can be performed by non-licensed staff. It can be difficult, however, because even though physicians need to focus on caring for patients, opinionated physicians often say, “How can someone who is not a physician tell me what to do?”

We had great success taking the task of patient distribution out of the hands of physicians and having dedicated clerical support perform patient distribution. This allowed the physicians to be much more efficient, as well as to meet the demands of different health plans that had specific expectations for how our group would care for their patients. We even improved emergency department responsiveness in the process. Lean Six Sigma is probably the best-known example of this approach. Analyzing workflows, identifying variability, and eliminating elements of the process that don’t add value create higher efficiency and less variability.

This is the best approach, in our opinion. With the extraordinary growth of the field of hospital medicine, the “top-down” approaches outlined above are often ineffective at governing a large HMG that has doubled in size many times over. Further, as the size of the group grows, the complexity of the group grows even faster.

The upsides of the OD approach are numerous, including leveraging available talent, physician engagement, and buy-in for the initiative.3 Some of the key objectives of OD are encouraging employees to solve problems rather than avoid them and encouraging every member to participate in the process of planning, which leaves them invested in the successful outcome of the plan.

One problem when OD is successful is that the team becomes so empowered through their successes that they want to take on issues outside their scope, such as HR matters and quality oversight. We found OD to be the best means for facilitating a QI or operational initiative, but we had to be mindful of keeping the team within its scope.

Consultants are often brought into an organization to facilitate change management and may use the methods outlined above. Consultant jobs are more of a “gig economy” phenomenon. The advantage is that consultants can bring a fresh perspective to improving processes and efficiencies. Since they are not invested in the retaining organization—only in the consult—they are free to make more controversial suggestions, without being bound by the social constraints of long-term relationships or historical biases.

The downsides are many including costs, short-lived impact, and the potential to stifle an organization’s own talent, creativity, and engagement. QI and operational initiatives require a long-term commitment and ongoing maintenance to be successful. These are qualities that consultants lack. Also, while consultants can bring in a fresh perspective, they can often be ignorant of cultural norms and other constraints on the local level that will cause the organization to revert to its natural state once the consult concludes. This is why hospitalists need to develop the skills to lead change management, avoid the use of consultants and develop talent from within.

The five approaches are nuanced, each with benefits and consequences; however, our experience has been that the OD approach is the most effective and sustainable. Hospital medicine has changed dramatically in the last 25 years, and hospitalists have never been more important or central to the process of driving change in their hospitals. In fact, hospitalists are arguably the best members of the medical staff to drive changes in QI and operational initiatives due to their unique perspective and broad impact on hospital operations. An astute change management leader will adapt and know when to pivot from one approach to another depending on the circumstances and needs of their hospital and their HMG.

Dr. McIlraith is the chairman of medicine at Mercy General Hospital and was the founding chairman of hospital medicine at Mercy Medical Group in Sacramento, Calif. He serves on the SHM Awards Committee and in the signature Leadership Academies. Dr. Ansari is the associate chief medical officer for clinical optimization and revenue integrity and a professor of medicine at Loyola University Medical Center in Maywood, Ill.