Drs. Ladzekpo and Tang Girdwood brought to light disparities in medical care that result from the underrepresentation of dermatologic conditions in patients of color (POC). The topic was introduced with a reference to Lyme disease, in particular the fact that many POC aren’t diagnosed until they have advanced disease compared to white patients. The question was then put forth: Do POC not have symptoms until they are in the later stages? Or rather, does the lack of awareness of the appearance of erythema migrans on the skin of color delay their diagnosis and treatment?

The first half of the session revolved around representation in medical education resources. Dr. Ladzekpo referenced several studies that each examined the number of images portraying common dermatologic diagnoses in POC that are used in popular board-study resources, including but not limited to question banks and National Board of Medical Examiners self-assessments. The percentage of images of POC ranged from only about 10-25% across several question banks even though people of color make up about 40% of the U.S. population. Similar statistics were found in studies examining medical textbooks.

The session then transitioned to Dr. Tang Girdwood’s discussion on the inaccuracy of visual evaluation of conditions, specifically Lyme disease, neonatal jaundice, and vancomycin infusion syndrome. Additionally, one study examined the low accuracy of pulse oximeters in measuring arterial oxygen saturation in Black patients, bringing attention to the racial biases that medical devices contribute and the need to reexamine how we triage POC in cases such as this.

Drs. Ladzekpo and Tang Girdwood closed their session by encouraging physicians to continue to listen to their patients, think outside of the box, and create inclusive lectures and other learning materials so we can improve the quality of care we provide to our POC in the future. 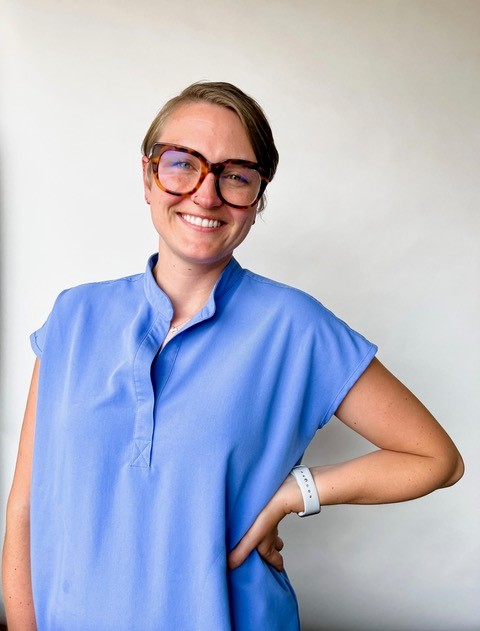 Dr. Anna Nelson is a third-year internal medicine and pediatrics resident at the University of Louisville in Louisville, Ky., and currently serves as a trainee member on The Hospitalist’s editorial board. Dr. Nelson aims to pursue a career in academic medicine as both an adult and a pediatric hospitalist.