A 77-year-old woman with malnutrition, who is undergoing chemotherapy for small cell lung cancer, is being treated with intravenous ceftriaxone and vancomycin through a peripherally inserted central catheter for vertebral osteomyelitis. After initial improvement on antibiotics, she develops a new fever with an increased white blood cell count of 3,400 per microliter. She is ill-appearing and septic with no overt source. Blood cultures are collected. A beta-D-glucan is 102 pg/mL.

Beta-D-glucan is a polysaccharide found in the cell wall of vegetation such as barley and oats, and in the cell wall of bacteria, fungi, yeasts, and algae. The type of bonds between the glucose monomers differs between organisms. Beta-D-glucan in bacteria and algae are linear structures made of glucose monomers linked via B-(1->3) bonds. In yeast and mushrooms, the glucose monomers are linked via B-(1->3) and B-(1->6) bonds, creating a branched molecule. Commercial assays detect the common B-(1->3) component using the innate immune system of horseshoe crabs.1

How to interpret beta-D-glucan 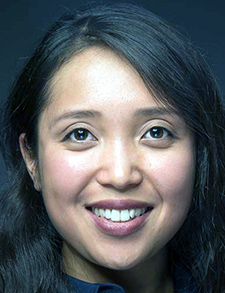 There are different beta-D-glucan assays used, with different cutoff points for optimal sensitivity and specificity depending on the assay. The three most commonly used assays are Fungitell (Associates of Cape Cod, Inc., Mass., U.S.), Fungitec-G test (Seikagaku Biobusiness, Tokyo, Japan), and Wako (Wako Pure Chemical Industries, Osaka, Japan). Fungitell is the U.S. Food and Drug Administration-approved test to be used in the U.S. and is the focus of this paper. Although testing for the same substrate, the assays use different reagents that can affect the optimal cut-off points. In general, these assays detect beta-D-glucan in the range of 0 to >7000 pg/mL. Many clinical studies have been performed to analyze the optimal cut-off points for these assays. Per a 2015 meta-analysis that included 28 different studies on the three mentioned assays, the cut-offs varied, but 60-80 pg/mL was determined to be the most reliable range for sensitivity and specificity for Fungitell assays.3 Per Fungitell’s manufacturer manual (Table 1), <60 pg/mL denotes a negative result, 60-79 pg/mL is indeterminate, and ≥ 80 pg/mL is positive.4 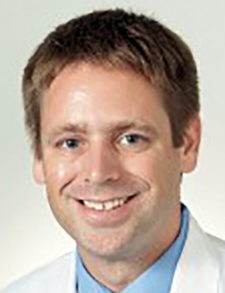 When should beta-D-glucan be used? Beta-D-glucan can be used to help identify infections with Aspergillus, Candida, Pneumocystis jirovecii, or Fusarium. For invasive fungal infections, it is important to use clinical judgment and criteria developed by the European Organization for Research and Treatment of Cancer/Mycoses Study Group (EORTC/MSG) as the main tools for diagnosis. The criteria provide a more standardized approach in suspected invasive fungal infections. The criteria include patient factors such as neutropenia, use of steroids, and existing immunodeficiency, in addition to laboratory data such as culture and biopsy results. When clinical suspicion is moderate to high, beta-D-glucan and galactomannan can be used as an adjunct to support the diagnosis. It is particularly helpful and more sensitive than blood cultures in deep-seated candidiasis, as blood cultures are often negative.3 Another advantage of using beta-D-glucan is quick turnaround time, as it can take as little as one hour for the results.5 Beta-D-glucan can also be considered for surveillance in high-risk populations such as hematologic malignancy undergoing chemotherapy for earlier detection of invasive fungal infection.6

When should beta-D-glucan not be used? Beta-D-glucan is not found in all fungal species and cannot be used to identify infections by Cryptococcus, Blastomyces (yeast form), or Zygomycetes such as Absidia, Mucor, or Rhizopus since these species either do not produce beta-D-glucan or produce low levels that might lead to false negatives. 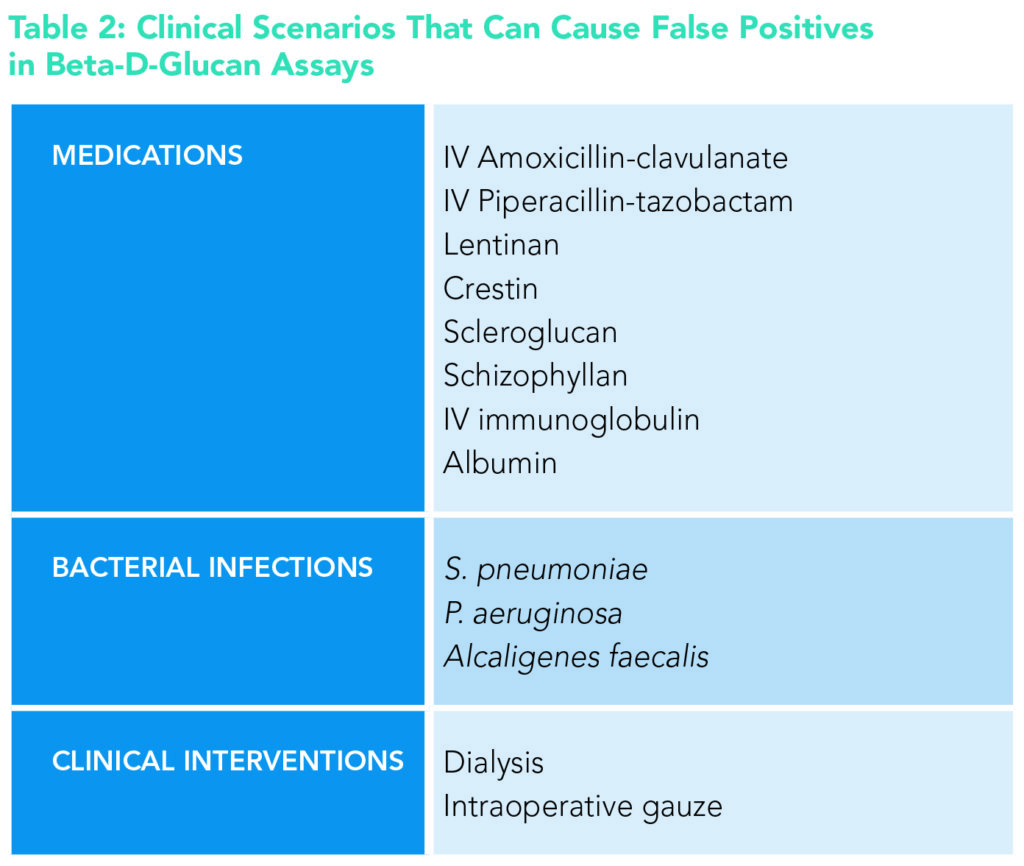 In the case presented, there is clinical suspicion for fungal infection given the patient’s immunodeficiency and worsening clinical condition on broad-spectrum antibiotics. Given the moderate pretest probability and the high beta-D-glucan, it would be appropriate to start antifungal therapy empirically while awaiting further diagnostic evaluation.

The patient was started on empiric micafungin. Two days later, blood cultures grew Candida albicans and the patient was diagnosed with catheter-associated Candidemia. Beta-D-glucan in this setting aided the decision to initiate earlier treatment of invasive fungal infection.

Beta-D-glucan should be used as an adjunct to support clinical judgment, in combination with EORTC/MSG criteria and other diagnostic tests (i.e. blood cultures, biopsies), when there is suspicion of invasive fungal infection.

A 58-year-old woman with chronic obstructive lung disease and bronchiectasis presented with fever, cough, and dyspnea. She was found to have Pseudomonas aeruginosa bacteremia due to pneumonia. She was empirically treated with intravenous piperacillin-tazobactam.

During the evening of hospital day two, she had a temperature of 101.2 degrees Fahrenheit. The night provider ordered repeat blood cultures and a beta-D-glucan. Cultures are pending and beta-D-glucan was 64 pg/mL. The following morning, she reports overall feeling much better than admission with improved cough, dyspnea, and malaise.

What is the most appropriate next step in treatment?

The correct answer is D. Beta-D-glucan returned in the indeterminate range. This patient had a clear alternative etiology of symptoms given the Pseudomonas pneumonia and clinical suspicion for a secondary invasive fungal infection is low. This patient also has two alternative potential causes of elevated beta-D-glucan (pseudomonas infection, piperacillin-tazobactam). Given her overall clinical improvement on appropriate antibiotic therapy, it would be appropriate to continue her piperacillin-tazobactam.