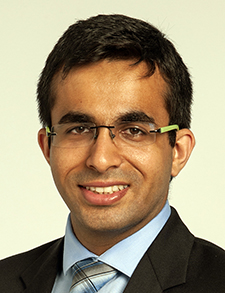 Morning reports (MR) were initially developed as conferences centering on case-based discussions where residents and attending physicians gathered to discuss oversight of patient care. They were later repurposed as educational experiences.

Studies have shown that 4-10% of weekly work hours are spent on MR, but they are largely unexamined areas of practice because their learning objectives are rarely specified and their outcomes rarely measured. They are filled with interruptions due to competing clinical duties and learners do not acknowledge them as safe learning spaces.

Three recent Veterans Affairs studies attempted to describe modern MRs. Faculty are predominantly hospitalists, 84% are led by chief residents, 85% are scripted, and 87% have a known diagnosis (most common medication side effects and congestive heart failure). Distractions (pagers) were found to affect 57% of learners. While most residents desired a learning environment (25%) and a compelling case (18%), they also wanted them to be easier to attend, less focused on the history of present illness and review of systems, and more on differential diagnosis and management. Most MRs aimed to teach clinical reasoning to the residents, but they are becoming shorter and less frequent due to clinical pressures. Modern morning reports now include compact, digitally presented, highly scripted single cases with a bias toward rare and severe presentations of known diagnoses. Most of the time is spent on history, differentials, and didactics.

When comparing in-person to virtual MRs, the overall assessment favored in-person reports with the key reasons being group participation and engagement with peers. There was increased participation of residents and program directors in virtual MRs. Residents liked virtual MRs because of easier access and audio/visual/chat benefits of the virtual medium, with 64% posting a positive impact, while lack of engagement and camaraderie caused 36% to post a negative impact. Virtual MRs might contribute to work-life balance, with better access for residents and faculty with multi-site collaboration. A mix of both types might be ideal.

Ways for hospitalists to extend the value of MRs include providing brief periods of focused learning without interruptions. Encouraging unscripted cases, coordinating learning objectives, and adding aspects of care coordination and quality metrics to the cases might also add value. Other methods include having the residents both summarize the key guidelines related to the MR after the session and using it on a current patient.

Dr. Mehta is an academic hospitalist at the Cleveland Clinic, Cleveland. He’s a unit-based director of QI and hospital-acquired infections, oversees the medical curriculum for anesthesia residents in HM, and is president of the SHM Lake Erie/Northern Ohio Chapter.