In this session, the speaker walked through the steps institutions practicing a safety culture take to address medical errors. As a lead-in, Dr. Steinberg reminded us that two of the important parts of a culture of safety are a just culture and a reporting culture. 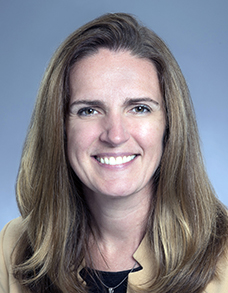 In a just culture, acceptable and unacceptable behaviors are clearly defined; individuals are accountable for their choices but not for problems with the system. In a reporting culture, people have trust and freely report hazardous conditions, near-misses, and errors. In an organization where people freely report hazardous conditions, safety measures can be implemented before harm occurs.

After an adverse event is reported, the first step is to determine whether a root cause analysis (RCA) should occur. The patient safety team reviews the event report and completes a brief chart review. The team then determines two things: how likely the event is to occur again and the level of real or potential harm that resulted/could have resulted. Events with high real or potential harm or events associated with a lower level of harm but very likely to reoccur are assigned to an RCA. Other factors that may favor an RCA are events that expose system issues, involve multiple departments, involve communication or supervision issues or are reportable to a state agency.

If the team proceeds with an RCA, the next step is for patient safety experts to interview all involved. The purpose of the interview is to establish a timeline of events, assess staff well-being, and determine what happened, what was supposed to happen, and what usually happens. Peer reviews are also incorporated into this process. Peers should be as close to the work as possible to be able to provide insight into the conditions, culture, and expectations.

After all the information is gathered, an interdisciplinary RCA group is convened. The RCA group includes subject matter experts and is led by an RCA process specialist. Involved staff and patients do not attend, for legal reasons. The RCA group builds a causal tree, which includes all the steps that led to the safety event. When an individual’s decisions are involved in the error, the group asks what type of an error it is—human error, at-risk behavior, or reckless behavior. Human error is when people are trying to do the right thing, but system factors cause slips. At-risk behavior is when someone chooses to do the wrong thing, but the risk was not recognized. Reckless behavior involves conscious disregard for substantial and unjustifiable risks. To get to this, reviewers ask the question: “Would three other staff with similar training do the same thing in similar circumstances?”

Once the causal tree is completed, each tree “branch” in the causal tree is given a root cause—e.g., work environment, staffing structure, communication, staff performance, etc. From this, the group writes root-cause statements for each situation that contributed to the safety event.

An example of a root-cause statement might be: “A resident’s reliance on a recent discharge summary for admission medication reconciliation created an opportunity for a prohibited abbreviation in that document to be misread, which occurred when an admitting resident became distracted due to a busy call night, resulting in their reading “4U” as “40 units” of Novolog.”

Dr. Steinberg concluded by saying that when someone is involved in an error, it’s natural to feel guilt, shame, or anxiety, but that they should look for help. Don’t jump to conclusions about what happened. Participate in the process, be honest, and remember the principles of just culture.

Dr. Bonsall is an associate professor at Emory University School of Medicine and a hospitalist at Grady Memorial Hospital in Atlanta.