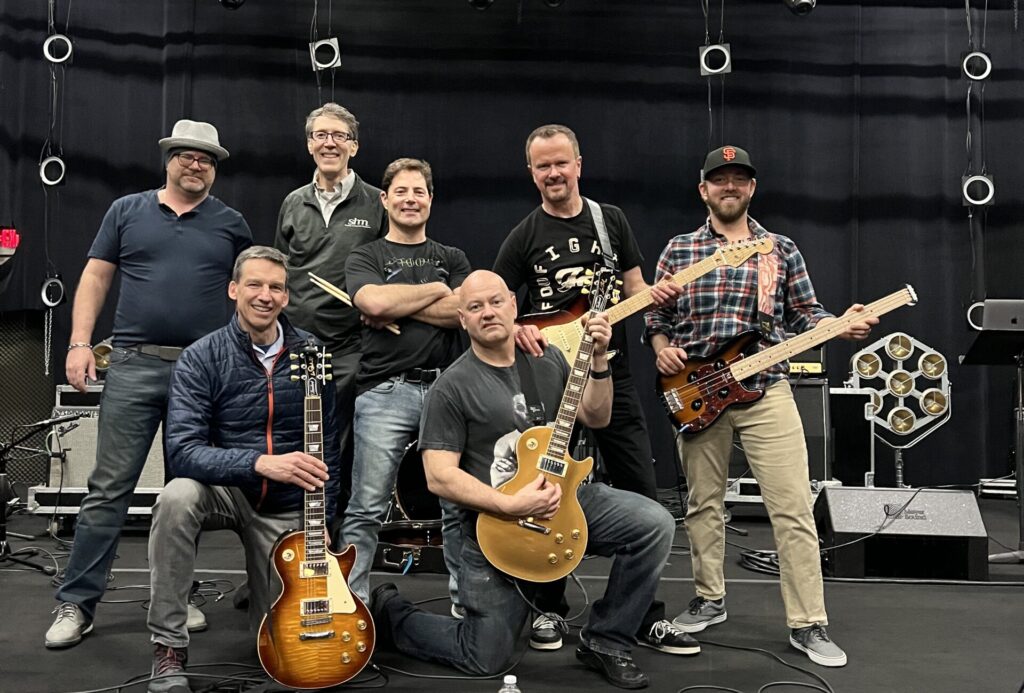 A little more than five years ago, a group of doctors—all big music fans—started a discussion group to talk about music.

“There’s a lot of discussion about what’s your favorite band,” said Thomas McIlraith, MD, SFHM, CLHM. “And there’s a lot of diversity in the group. Even though we all like rock and roll, there are a lot of different influences.”

“When I first joined this group, I was so humbled to be on a chat group with John Nelson and Win Whitcomb,” Dr. McIlraith said. “It was cool when this concept came together. Everyone chipped in and made it work.”

Though there’d been talk of playing together in person, Drs. McIlraith and Whinney finally did so at SHM in Las Vegas. At subsequent annual conferences, members came together and played acoustically. They’d agree on a song list, and everyone would practice on their own in preparation for playing together as a group.

It’s been a fluid jam session of sorts. This year, at SHM Converge in Nashville, Tenn., it got real.

“Someone mentioned there are a lot of recording studios in Nashville,” Dr. McIlraith said. “You have these super overachievers who come up with this idea. We all took on this project. We ended up renting a studio. We’d never plugged in electrically before.”

Initially, the group had a bass player lined up to join them in Nashville, but at the last minute, he couldn’t attend.

“I put out a request on HMX [SHM’s online members-only message board], and David Lake, MD responded to us,” Dr. McIlraith said. “He’s just starting out as a hospitalist. He was fantastic to work with.” 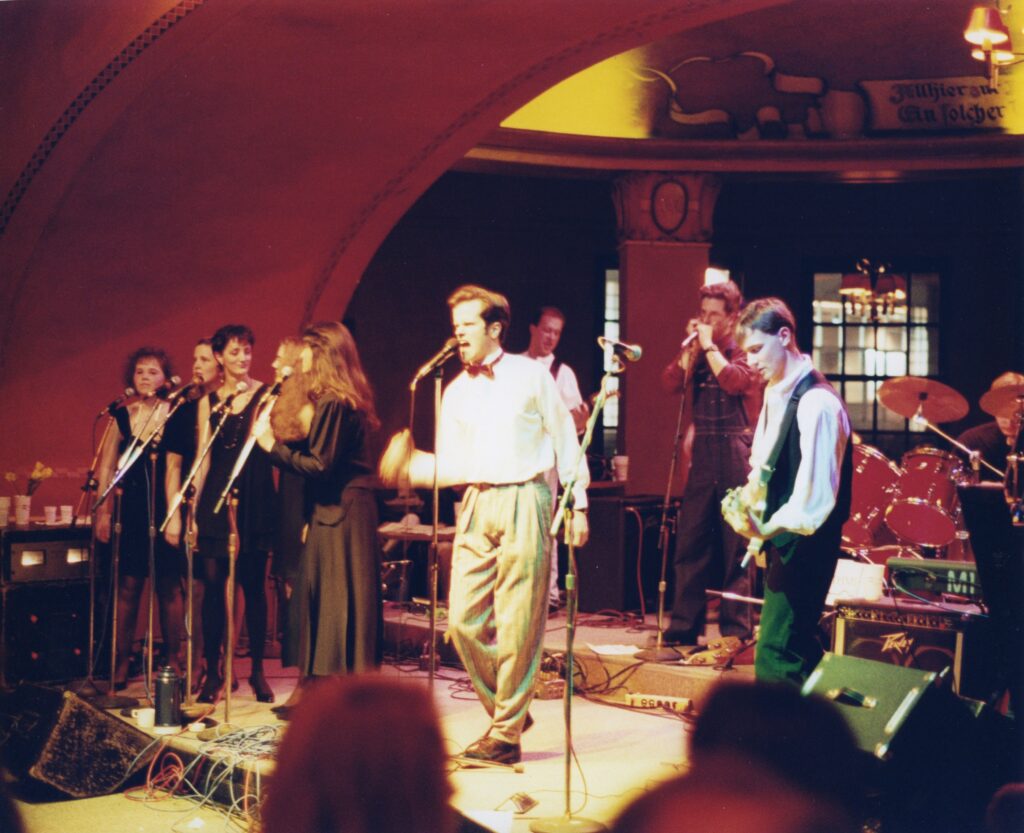 Dr. McIlraith with his med school band, The Arrhythmias, in 1994.

“This was our audition, despite the fact that we’d had zero rehearsals,” Dr. McIlraith said. “Eric liked it.”

The band looks forward to performing at SHM Converge 2023 in Austin, Texas. Rumor has it they may even perform for a bigger audience this time. Stay tuned!

Dr. McIlraith started singing when he was eight years old and had a band in high school. Although his mom wanted him to be a classical musician, he gave that up and taught himself guitar when he was in med school at the University of Wisconsin.

“That’s when things took off for me,” he said. “I was the lead singer in a 15-piece band—The Arrhythmias. We were gigging every week. That band is still together at the University of Wisconsin. It’s become an institution. It’s been one of the most rewarding musical projects I’ve been involved in and it’s still going on 30 years later.”

After his residency in California, Dr. McIlraith had another band, The Remedies. They were also successful, playing many shows, before breaking up in 2013.

Aside from being the chairman of medicine at Mercy General Hospital in Sacramento, Calif., and being a member of several successful bands over the years, Dr. McIlraith is also a songwriter. He wrote a satire, CPOE Blues, when the Affordable Care Act and electronic health records were being rolled out about how bad doctors are about dealing with change, and The Long Ride (click sound bar below), which is about becoming a hospitalist and being the first director of a large program.

Songs courtesy of and copyrighted by Thomas McIlraith.