A 79-year-old man with a history of ischemic stroke five months ago presents with fever and shortness of breath. He is admitted for hypoxia secondary to suspected aspiration pneumonia and initiated on supplemental oxygen and intravenous antibiotics. His wife reports that, during his past admission for stroke, he developed confusion and agitation while in the hospital. She asks you what can be done to prevent this. 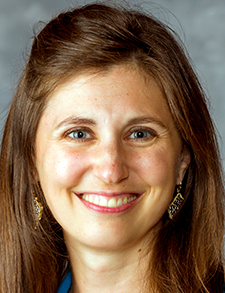 Delirium is a common, costly, and morbid complication of hospitalization in the elderly. Characterized by an altered sensorium with acute cognitive decline and fluctuating levels of attention, delirium is diagnosed in up to 30% of general-medical-ward patients. Intensive care unit (ICU) and surgical patients are at even higher risk for delirium, with rates as high as 50%.1  Delirium results in increased in-hospital and one-year mortality rates and causes significant morbidity, including increased length of stay, postoperative complications, and the likelihood of discharge to a skilled nursing facility. Daily costs for patients with delirium are estimated to be 2.5 times higher than for those without.2 Given the deleterious effects of delirium, hospitalists are searching for the best ways to prevent it.

Delirium-prevention strategies are a robust area of geriatric research. Despite its high prevalence, the basic mechanism of delirium is unknown but postulated to be multifactorial. Evidence supports central neurotransmitter imbalances playing a role in the development and maintenance of delirium.3 This is further supported by typical delirium features of alteration in circadian rhythms and rapid fluctuation in cognition. As a result, sleep-pathway medications are of interest for delirium prevention via stabilization of sleep-wake cycles and neuropsychiatric function. The evidence supporting these interventions for delirium prevention is weak and variable. 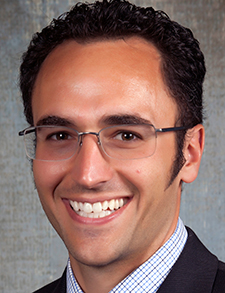 Pharmacologic delirium prevention has been studied in three large groups: surgical, medical ICU, and medical non-ICU. The main challenge to date rests in the inherent differences of each patient population and corresponding nuances of delirium triggers; data demonstrating successful pharmacologic prevention in one group should not be extrapolated to other groups. For example, perioperative delirium is precipitated by the acute, easily identified event of operative anesthesia and recovery, which makes extrapolating surgical data on delirium to medical patients complicated and suboptimal. Several antipsychotic medications have been studied for delirium prevention in surgical patients,4 but no such evidence exists for medical inpatients. Further, studies of surgical patients are limited by methodological weaknesses (i.e., comparison to no-treatment rather than to standard of care, and/or initiating prophylactic medication immediately upon waking from anesthesia, which has no corollary for medical patients).5

For non-ICU medical patients, melatonin and melatonin receptor agonists have been a focus of research. The available data supporting both melatonin and ramelteon come only from small, single-center studies; these studies cite a favorable tolerability profile with few adverse effects reported during the study periods.3,6,7,8

Al-Aama et al provide the most compelling study supporting low-dose melatonin3; 145 patients enrolled aged 65 years or older were randomized to receive either placebo or 0.5 mg of melatonin each night for 14 days or until hospital discharge. This study demonstrated lower rates of delirium in the melatonin arm, with an impressive number needed to treat (NNT) below six patients; mortality and length of hospital stay were unaffected.3 A delirium-prevention effect of melatonin has not been reproduced in other studies, notably Jaiswal et al, which randomized patients to a placebo or 3 mg of melatonin and found no difference in rates of delirium prevention.7

The melatonin receptor agonist ramelteon also has small but favorable evidence for preventing non-ICU hospitalized delirium. This comes from a study of 67 patients aged 65 years or older who were randomized to receive either placebo or ramelteon 8 mg each night for seven days.6 This study also showed a reduction in delirium with an NNT below four patients. Like melatonin, though, ramelteon use has not been shown to reduce hospital length of stay or mortality.

Routine recommendations for pharmacologic intervention cannot be made secondary to the paucity of compelling, consistent data. If pharmacologic prevention is pursued, the dosage should be consistent with the limited available evidence. Specifically, it is important to note that the study demonstrating the benefit of melatonin uses a dose (0.5 mg) that is a fraction of the dose typically used to treat insomnia.3 This suggests that melatonin may be most effective for delirium prevention at doses much lower than those typically initiated, although further research is needed to validate those findings. Furthermore, if medication is initiated for delirium prophylaxis during hospitalization, no evidence exists to guide how long patients should continue those interventions during hospitalization, rehabilitation stays, or upon their return home.

Currently, the evidence supporting non-pharmacologic strategies for delirium prevention is much stronger than the evidence suggesting a benefit from medication treatment. A popular example of a non-pharmacologic bundle, the Hospital Elder Life Program (HELP) or a modification program thereof, consists of key components2,9 including early mobilization, re-orientation strategies, sensory input, and sleep enhancement. Programs like these non-pharmacologic bundles have shown a significant decrease in delirium incidence with no evidence of harm.2 While these interventions are expensive, cost analyses have demonstrated a favorable impact because of the massive savings that may be realized with each case of delirium prevented.9

Back to the case

You inform the wife that medications are not routinely given to prevent delirium. However, you review key components of non-medication strategies with her. Secondary to your counseling, she brings his glasses and hearing aids to the bedside. During his hospitalization, she tirelessly advocates for encouraging his mobility during the day and she is at his bedside each afternoon facilitating conversation and normal wake periods. He is weaned from oxygen and transitioned to oral antibiotics. His cognition remains intact, and he is discharged home with his wife.

Insufficient evidence exists to support the routine use of pharmacologic agents to prevent delirium in elderly medical inpatients. Several ongoing studies are underway to advance our understanding of pharmacologic delirium prevention. Non-pharmacologic bundles remain the cornerstone of preventing inpatient delirium and have been shown to be safe, effective, and reasonably priced.