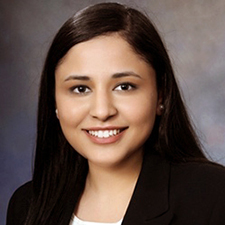 Background: Aspirin is routinely used for the primary prevention of vascular events and is also associated with an increased risk of bleeding. The risk of aspirin-related major GI bleeding in the general population, particularly in older people, is not well known.

Setting: ASPREE clinical trial conducted from 2010-2017 with an enrollment of 19,114 participants, recruited from clinical trial centers in the U.S. or their primary care providers in Australia.

Synopsis: Among the ASPREE trial enrollees, 9,525 were randomized to the aspirin (100 mg) group and 9,589 to the placebo group. Incidence of clinically significant GI bleeding (GIB), culminating in hospitalization, transfusion, surgery, or death, as well as GIB risk according to age and other risk factors, was studied over a median 4.7-year follow-up. Results: 162 GIB events occurred in the aspirin group versus 102 in the placebo group (HR 1.61, 95% CI 1.26-2.08, P=0.002). Among these, site-specific analyses identified 89 versus 48 upper GIB events occurring in the aspirin versus placebo groups, respectively (HR 1.87, 95% CI 1.32-2.66, P <0.001). For lower GIB, 73 versus 54 occurred in the aspirin versus placebo groups, respectively (HR 1.36, 95% CI 0.96-1.94, P=0.08). Older age was associated with ~60% increased GIB risk. Multivariable analyses identified smoking (current or former), hypertension, chronic kidney disease (CKD, stage >/= 3), and obesity as correlated with increased GIB risk. Diabetes was not identified as a risk factor for increased GIB in this study. GIBs that did not result in hospitalization were not included but may be significant for this age group.

Bottom line: Aspirin use is associated with the increased risk of clinically significant major GI bleeding in older persons, with an incremental impact due to advancing age and additional risk factors (including smoking, hypertension, obesity, and CKD stage >/= 3).

Dr. Kapuria is a hospitalist within Emory’s division of hospital medicine at Grady Memorial Hospital and is an assistant professor of medicine affiliated with the Emory School of Medicine, Atlanta.