When Elon Musk bought Twitter in October it was anybody’s guess how things might change on the platform. Not even two months later the company has lost almost 67% of its 7,500 employees,1 verified account status changes daily it seems, and it’s no longer enforcing the COVID-19 misleading-information policy.2

With more than 875,000 users having deactivated their Twitter accounts,3 and advertisers and celebrities leaving or threatening to leave, hospitalists may be wondering about the future of #MedTwitter.

During the COVID-19 pandemic, hospitalists found a sense of community on social media—Twitter specifically. They used it to share research and protocols that seemed to change by the hour, provide accurate, evidence-based information, and help dispel misinformation.

For those who turned to Twitter and have stayed, there’s a sense of purpose to being on the platform.

“I can’t say it any better than Rebecca Jaffe, MD, who wrote in a Tweet on 3/22/2020 (about a month after the start of the pandemic)—’Especially in recent weeks, I can’t say enough about the power of social media to educate at scale.’” Hospitalists represent an important part of the #MedTwitter community. “My personal Twitter origin story involves connecting with other hospitalists at in-person conferences and ultimately collaborating with many of them afterward,” said Michelle Brooks, MD, FACP, FHM, (@michellebr00ks) deputy associate chief of staff for education at the South Texas Veterans Health Care System in San Antonio, Texas. 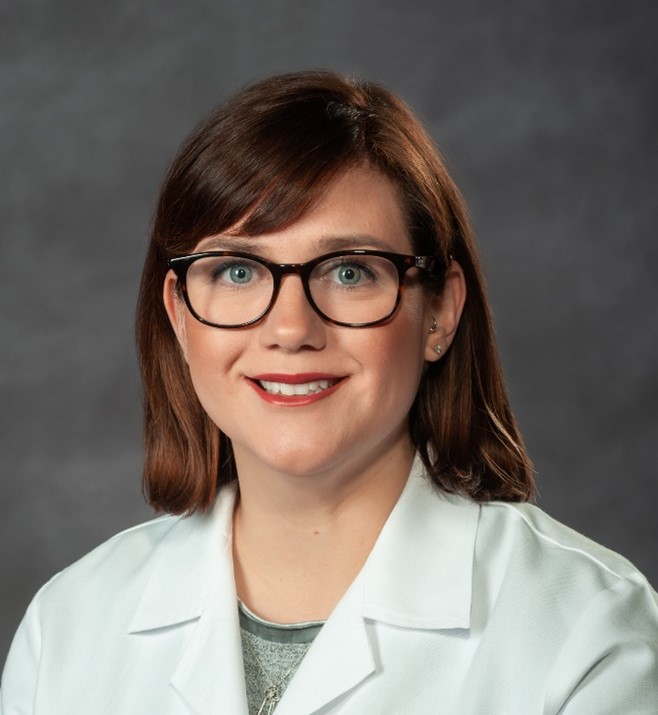 Dr. Brooks is also an adjoint associate professor at the University of Texas Health Science Center at San Antonio and an award-winning clinician-educator with expertise in incorporating handheld technology and social media in medical education for residents and students. She has a background in quality improvement and patient safety and has created workshops and teaching techniques to introduce quality and safety concepts broadly to residents, students, faculty, and nursing staff. She’s also a past digital media fellow for the Journal of Hospital Medicine, so it’s safe to say she knows what she’s talking about.

“Like nature, Twitter abhors a vacuum,” she said. “Hospitalists have been at the forefront of what I consider to be core missions of professional social media use: community building, education, advocacy, and dissemination of research/scholarship.” She worries that if hospitalists leave Twitter en masse for another platform, Twitter may become even more filled with disinformation and/or a less friendly space for those who remain. Mark Shapiro, MD, (@ETSshow) a hospitalist at Providence Medical Group-Northern California in Santa Rosa, and the founder and host of the “Explore the Space” podcast, which examines the interface between health care and society, says he sees three options for Twitter. 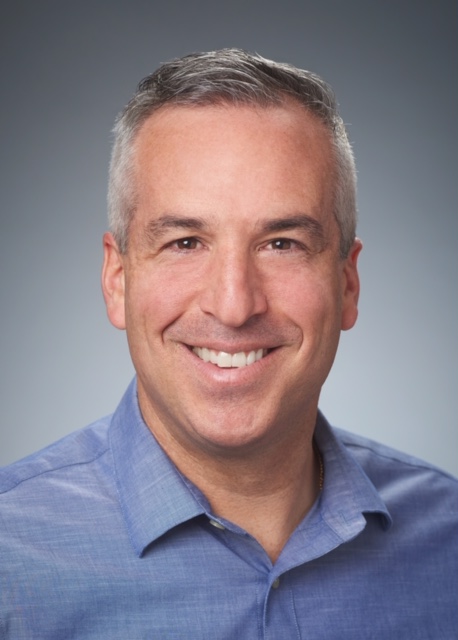 “First, Twitter stabilizes and evolves and keeps going,” he said. “Second, it shuts down completely. Third, it becomes so overrun with content that’s distasteful, wrong, or filled with misinformation, misogyny, racism, antisemitism, homophobia, and hate that people leave.”

Dr. Shapiro thinks the trajectory is toward the third scenario but he’s confident hospitalists will eventually “reaggregate in the right space.” Vineet Arora, MD, MAPP, (@FutureDocs and [email protected]) dean for medical education at The University of Chicago’s Pritzker School of Medicine in Chicago doesn’t see hospitalists leaving Twitter entirely, but she says it could theoretically create a more decentralized structure with hospitalists on different platforms. 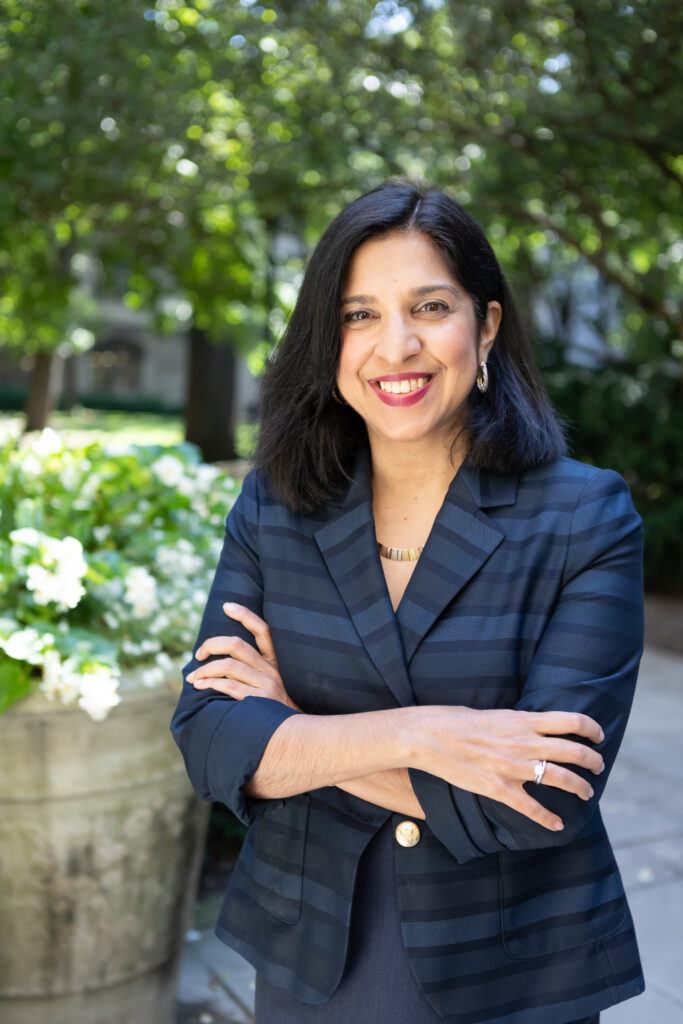 On this point, Drs. Brooks, Shapiro, and Arora agree—if Twitter shuts down, hospitalists aren’t likely to pivot from it to one platform; rather they’ll disperse among the other platforms.

“I’ve been involved with social media enough to see the rise and fall of several platforms (MySpace, anyone?), so I would not be surprised if Twitter became another wayside social media platform,” Dr. Brooks said.

Dr. Shapiro isn’t betting on Mastodon—an independent platform some Twitter users are migrating to. “I think it’s naïve to think Mastodon will replace Twitter,” he said. “Something totally new may be the option. Super smart people, people who want to make money, are likely working on alternative platforms with more effective ways of moderating content.”

There are a lot of pros to the platform for the #MedTwitter community. For one, it enables live chats (#JHMChat for example) and conversations. It’s a space where hospitalists can engage and grow their career and interact with the larger medical physician community.

And while that medical physician community could exist on another platform, “the unique benefit for Twitter currently is that it also allows for the intersection of hospitalists with the public, policymakers, the broader academic community, and other industries and disciplines,” Dr. Brooks said. “By siloing ourselves on a Med-Mastodon platform, hospitalists may miss out on opportunities for intersectional and diverse knowledge leading to disruptive innovation, the so-called Medici Effect.”

She also cites research collaborations, virtual networking, more agreed-upon “alternative metrics” to show engagement/impact of work, and apps that interact with Twitter to ease metrics and scheduling posts as Twitter’s benefits. “Right now, I think it would be difficult to do an interactive online journal club on another platform in the same way (like #JHMChat),” Dr. Brooks said.

“Certainly, the other platforms are bigger and have more users,” Dr. Shapiro said. “And there’s a style that’s effective on each platform. Twitter is a lot easier to use—you don’t have to use videos, photos, etc., but you can. Hospitalists are intelligent people and of course, we’ll get good at something else (another platform) if we need to.”
For Dr. Brooks, it’s a comfort issue. “It takes time/space to re-create yourself and learn how to interact on another social media platform, and each individual has to decide if it’s worth it to invest in that effort. Med-Mastodon seems pretty similar to Twitter, but there are some nuances to getting used to “tooting” rather than “tweeting.”

The algorithm is different—and good luck figuring it out. You’re served tweets and accounts liked or followed by people you follow; accounts or tweets you may find offensive.
“The number of objectionable voices has definitely increased,” said Dr. Shapiro. “Look, Twitter had problems before, but now it’s like the Wild West. There’s more openly racist and threatening content and there’s no content moderation.”

Dr. Shapiro acknowledges that as a white man his experience on social media is very, very different from others. “For me, I’m rarely challenged in the way I know a lot of my friends are challenged on social media,” he said. “For me to beat my chest and say don’t leave is irresponsible and I won’t say that. We don’t want people to be harassed or suffer emotional distress. Everyone has to be empowered to make their own choice. It’s social media, it’s not the highest of all priorities. It’s an individual decision. Everyone uses it differently. It’s too heterogeneous for me to say, ‘do x and expect x to happen.’ A lot of these people are my friends and I want them to thrive in their careers, not just on social media.”

Drs. Arora and Brooks agree—people should use the platforms where they’re most comfortable.

“The pro of migrating may be that you find a platform that is better suited to you,” Dr. Arora said. “One platform may not be the best fit for everyone, and we already see a new generation of physicians using Instagram and Tik Tok much more than Twitter. Hospitalists should go if they aren’t willing to deal with the ups and downs of the platform. I do find it exhausting to open Twitter these days and see good people getting attacked.”

Dr. Brooks supports people using their right to vote with their feet, “Twitter is a business, and if you need to walk away due to a conflict of values with the way new leadership is conducting that business, I think that’s a totally valid choice.”

Regardless of what happens next, all agree that it has been and will be important for hospitalists to be on social media, and Twitter has so far been the best platform to promote that engagement.

“Twitter has brought a concentration of people into one place, and it’s set up that we can have real conversations in real-time, it’s been really effective,” Dr. Shapiro said. “This has been the platform where we’ve learned, grown a community, networked, and debated. Even before the ownership change, it had its problems. But it demonstrated its use—grown careers for hospitalists.”

As the originator of the @Jhospmedicine account and #JHMChat, Dr. Arora says she’s biased but thinks Twitter has been “a vital vehicle to build community and share knowledge. Whatever we settle into, I am confident we will figure out a way to retain the community aspect of our social media engagement.”

“For a generation, physicians were told not to be on social media, that it was unprofessional,” Dr. Shapiro said. “That vacuum caused problems. Misinformation went unchallenged. We’re the largest providers of hospital-based care in the U.S.—our voice needs to be where the public is going. It’s critically important for hospitalists to be out there. It’s important for hospital medicine, as an entity, to be represented.”