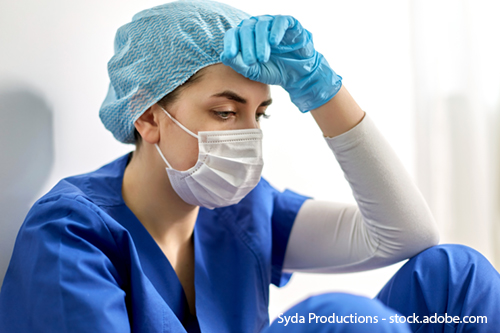 The burden on critical care nurses during the pandemic has been well-documented, resulting in many nurses leaving their jobs. Even before the pandemic, the study United States Registered Nurse Workforce Report Card and Shortage Forecast: A Revisit projected a shortage of registered nurses across the country between 2016 and 2030. In the state-by-state analysis, the authors forecast the registered nurse shortage to be most intense in the South and the West.1 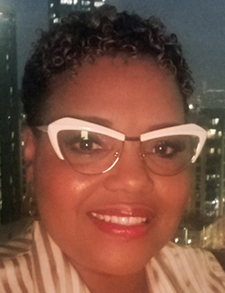 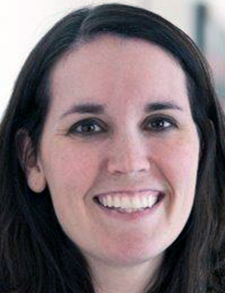 A lung-transplant nurse practitioner at UNC Health in Chapel Hill, N.C., sees the nursing shortage as well. “There have been a lot of staffing changes in many hospitals because of staff being out sick and staff leaving,” said Christina White, RN-BC, FNP-C.

The pandemic created a shift across the profession as a whole, she said. Many nurses who could retire took that door and left. “Nursing has lost a lot of senior staff.”

Nurses who were able to work from home part of the week in a hybrid schedule found they liked this arrangement and want to keep this type of position, leaving full-time bedside jobs open. Some nurses opted to go back to school to become advanced practice providers, so those jobs have become scarcer.

The political climate also affected the way the public perceived the nursing profession, Ms. White said. Nurses used to be one of the most trusted professions, but the politicization of COVID-19 and masks have branched into distrust of the medical community. Nurses no longer are generally seen as trusted healthcare providers. Some have been verbally abused or attacked by patients. 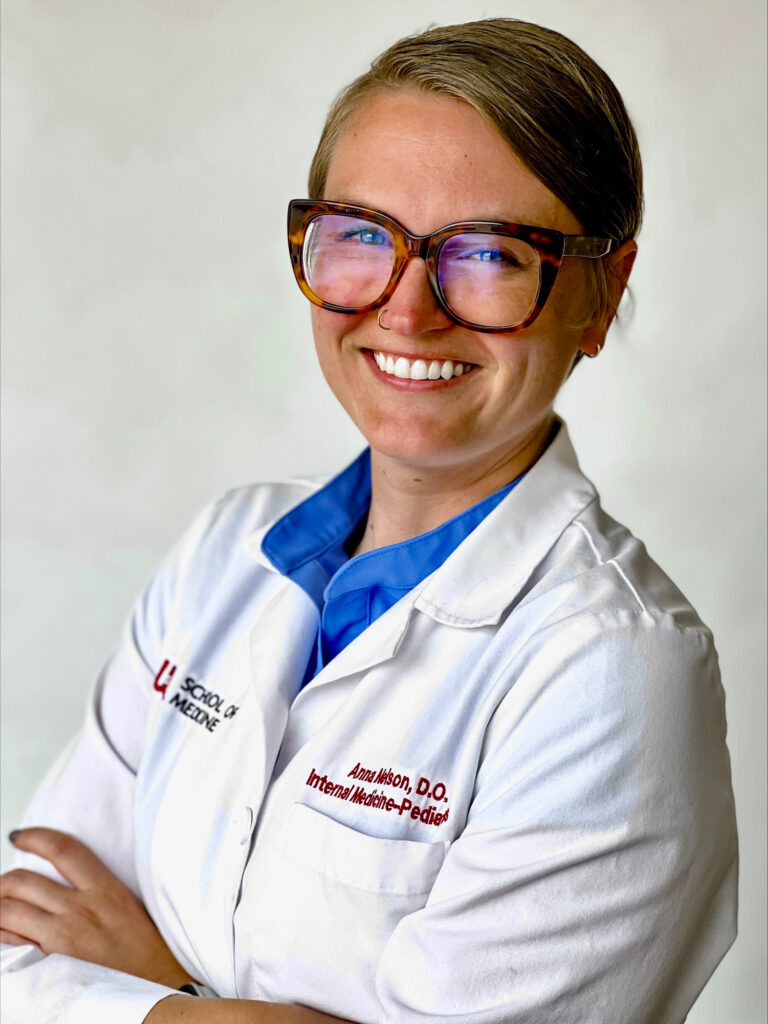 These factors can lead to nurses being pessimistic about their jobs. “The term ‘health care hero’ is often thrown around mockingly. What used to be uplifting and supportive at the beginning of the pandemic has become a means of mocking and highlighting how little nursing and other medical staff feel they are valued in the healthcare system currently,” said Anna Nelson, DO, a resident doctor at the University of Louisville School of Medicine in Louisville, Ky.

Consequences of a shortage

She has seen facilities that have closed parts of the hospital such as operating rooms (ORs) or made beds unavailable for patients due to a lack of available nurses. “Closing ORs is a big deal because they are usually the moneymaker for the hospital,” she said.

The nursing shortage can mean that a long shift becomes even longer for existing staff, said Dr. Nelson. “They are so busy during their shift, they end up having to stay afterward, often for over an hour, catching up on the charting they have been otherwise too busy to do.” She noted this applies to other staff including techs, phlebotomists, and environmental services. “Everyone is stretched very thin.”

Nurses also have been frustrated with excessive patient loads and with what they perceive as low compensation for covering extra shifts for quarantined colleagues, she said.

The issue of traveling nurses

A common solution for bolstering nursing staff has been the hiring of temporary traveling nurses. These nurses have short-term contracts at hospitals across the country and can be paid at a significantly higher hourly rate than in-house staff.

The increased pay attracts nurses, but it leaves the hospitals with float staff who are unfamiliar with that facility’s policy and procedures, Ms. White said. “The goal at any hospital is to have seasoned nursing staff, who are experienced and familiar with where they work and who can work through any challenges.”

Float nurses have a more difficult job because they don’t know their colleagues. They don’t know where to find supplies. This could lead to poorer communication and more errors, Ms. White said. “The higher pay is a big incentive for them, but it’s a much higher-stress environment.”

Traveling nurses are contracted to work in a specific area. If that area is overstaffed and other areas in the hospital need nurses, the existing staff will be sent instead. This can cause frustration, Dr. Nelson said.

Conflicts also arise when the travelers are paid more but still need to be trained by the in-house nurses. “You can’t have two people working side by side, with one being a seasoned experienced OR nurse who’s getting paid less than the person they’re training to do the job temporarily,” Dr. Bell said.

To counter some of these issues, she has seen facilities keep the pay for the traveling nurses the same as the in-house staff. That usually means raising the wages of the existing nurses. “We need to increase the rates of our work in-house teams so that they stay and that we’re in a position to recruit to this position,” she said.

The issue of pay

Compensation for in-house staff can become an issue, too. At one facility’s emergency department, nurse practitioners became aware that the nursing staff had received a $10 to $15 an hour raise, resulting in their pay now being higher than that of the nurse practitioners. “The nurse practitioners came back to us and said, ‘Look, you have to pay us more because this isn’t right,’” Dr. Bell said. That situation is still being resolved.

Hospitals cannot simply hire more staff quickly. “It takes time to train staff to do the job,” she said. “You have people who are working who are stretched thin. Then you add new people who need time to be trained, and there’s not really time to train them.”

Hiring now is being challenged by many nurses wanting a work-life balance, Ms. White said. “Lots of people want to work from home now, and so it’s very difficult, especially in the outpatient climate, for [hospitals] to be able to recruit nurses to be in an office five days a week because people don’t want that type of job.

“There’s been such an exodus and changes in how [the public] views the profession and what nurses are looking for now in jobs that I think there needs to be a nursing rebirth,” Ms. White said. “I don’t think they will be able to continue how it’s going right now without that.”

So what can hospitals do to increase their nursing staff? Some of the most common incentives are increased pay and sign-on bonuses. Benefits such as health insurance and retirement plans are valuable as well. “It’s hard without financial incentives,” Ms. White said. “Money talks.”

Dr. Bell is seeing some hospitals turning toward in-house nursing residency or other training programs. For example, a hospital can partner with a local nursing school so the nurses train at the hospital. “Having the nursing students familiar and comfortable with the hospital could mean they are more likely to want to work there,” she said. Hospitals are also inviting student nurses to do long- or short-term training sessions at the facility to increase the chances of them accepting positions in the future.

Continuing education and leadership development are also big incentives, so nursing staff feels like they are growing in their profession, Dr. Bell said.

Opportunities in this area were an integral part of Ms. White’s accepting her current position. “Continuing education does have a cost to it, but institutions providing continuing education is invaluable to the staff.” This could be like grand rounds where physicians or other staff can listen to a presentation or a conference where the team can travel and see what other health care workers are doing in their area of expertise. The nursing staff can also present their own experiences at a conference to a group of their peers.

Nurses need to find the right job fit, too, Ms. White said. “Most of the nurses that I talk to are still happy because we love what we do. We still love our profession, we love our jobs, and we love the patients.” Nurses in the right fit are more likely to stay in their jobs. Ones who are unhappy maybe haven’t found the right fit yet.

“Nursing has a lot of lateral and vertical mobility, which is great,” Ms. White said. “But it can, especially for someone who’s a new graduate, take a while to find that sweet spot where you really enjoy being. Sometimes it takes a couple of tries to figure out which job is right for you, and which environment is good for you. That could be surgery, medicine, or an outpatient/inpatient type situation.”

To encourage finding the right fit, hospitals could offer a job-shadowing program, especially for newer nurses. “Sometimes it’s hard to know what another job is exactly,” Ms. White said. “You can guess, but until you follow someone around for a day, you don’t necessarily know.”

Nursing staff needs to have a work environment that they enjoy being in and where they feel respected and valued, Dr. Bell said. For this to happen, leadership must actively listen to the staff’s concerns and address them, such as issues about compensation.

A responsive leadership structure and support from co-workers is an important part of being a good team, Ms. White said. “I know inpatient nurses tend to thrive when they have leadership that is willing to get out there and do the work with them, and not just sit in an office and give suggestions. I always appreciated it as an inpatient nurse when we had leadership who ‘gowned up’ with us when help was needed. That really helps increase morale and helps people feel better about seeking that common goal.”

Sue Coons is a medical writer in Chapel Hill, N.C. She also has worked in the hospital patient access area for 10 years.