Whether you’re a hospitalist negotiating your first job contract out of residency or a seasoned professional considering a new opportunity after years with the same institution, negotiating physician employment contracts can be overwhelming.

However, with some preparation, the negotiation process can go smoothly. Here’s what to expect in a hospitalist employment contract and how to ask tactfully for what’s important to you.

What to expect in a contract 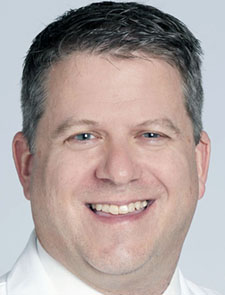 When reviewing a prospective job contract, it’s common for hospitalists to look right away at the compensation, says Richard Wardrop III, MD, PhD, hospitalist and program director of the internal medicine residency program at the Cleveland Clinic in Cleveland.

However, there’s a lot more to review than just your salary. Here are three things to consider:

Work expectations—should cover in detail how often you work, including the number of days on and off (for instance, seven days on and seven days off), when you’re on call, vacation scheduling, and similar issues.

Read the details closely as there may be obligations you’ll have even during your off weeks, such as attending meetings.

Don’t automatically assume that a demanding work schedule is the best one for you, Dr. Wardrop cautions. You may have been willing to put in extra time in residency but working those longer hours long-term can become too stressful as you attempt to carve out a post-residency life or raise a family, he says. At the same time, that doesn’t mean you should pursue part-time work right away. Aim for a schedule that strikes the work/life balance you desire. 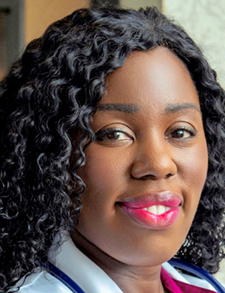 Keep in mind that physicians in urban areas often get paid less than those in rural areas, says Anita N. Lwanga, MD, FACP, an assistant professor of general internal medicine at the University of Saskatchewan in Saskatoon, and a general internist at the Saskatchewan Health Authority. She also has worked in various hospitals in Chicago and New York.

If the salary seems unusually high, make sure it’s not tied to performance metrics that could be hard to meet as a hospitalist. 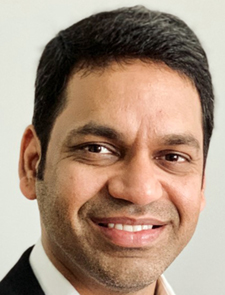 Bonus types could include a sign-on bonus, a retention bonus based on the number of years you’ve worked, and a performance bonus based on certain metrics, says Ramesh Adhikari, MD, MS, FHM, a hospitalist with the Franciscan Alliance in Lafayette, Ind., and a member of The Hospitalist’s editorial board.

If details on the terms of these bonuses aren’t spelled out in the contract, make sure to ask for them. There may also be moving bonuses or coverage for some moving expenses. The IRS will typically impose a higher tax rate on bonuses as they’re considered supplemental income, Dr. Lwanga says. 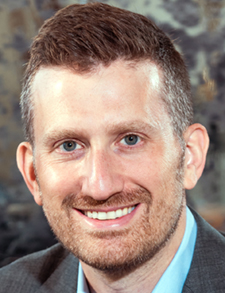 Depending on the type of bonus or incentive, you should consider how likely you are to achieve it, depending on your skill set and what’s in your control as a hospitalist, says Stu Schaff, founder of Contract Medicine, a service that helps physicians understand, evaluate, and negotiate their employment contracts.

Expect the contract to include information on health insurance, retirement benefits, and other fringe benefits. When you consider your compensation, also consider the value of these extra benefits.

Legal—there will be other terms the employer is putting on your employment, including when you could be fired with or without cause, Mr. Schaff says. “Keep your eyes open for wording that states the contract can be dissolved at any time without any cause,” Dr. Lwanga said.

Legal parts of a contract also will address noncompete clauses, malpractice coverage, and tail coverage (including who purchases the tail coverage).

You want to ensure that leaving the hospital isn’t financially disastrous for you, although it can be hard to think about that when you’re focused on getting the job, Dr. Wardrop says.

There may be some perks you’d like included in your contract, or you may work at a hospital that includes certain perks as standard practice. Some examples of perks include:

Ask for what you want

If there’s something not in your contract that you think is important, it’s okay to ask for it respectfully and confidently, Mr. Schaff says. After all, if you don’t ask, you won’t get it. One phrase he recommends using when you ask for something is: “I’m looking to make sure the contract will put my family/me in the best position.”

“The human on the other side of the table can usually sympathize with this,” Mr. Schaff said.

However, keep in mind that if you receive something additional in your contract, it often takes away from something else, he says. Hospital leaders will try to keep contracts for new hospitalists fair, which means they won’t typically give you a lot more money or a lavish perk that’s not given to others.

Also, contract additions aren’t made in a vacuum, Mr. Schaff says. While you can ask for something else—say, additional money—consider the hospital’s pressures and challenges. If you’re asking for more money while they’re focused on budget cuts, you may not get the answer you want.

Asking for something else in the contract process can be a learning process. Dr. Wardrop shares the story of wanting to change a 60-day term in one contract provision to a 90-day term. Although he didn’t get the change as it was a boilerplate number in all the hospital’s contracts, asking helped educate him more about the contracts, and he felt more comfortable asking questions with that staff contact in the future.

Negotiating your job contract as a hospitalist may seem a bit overwhelming, but here are a few tips to ease the pressure.

Share your contract with a professional such as a contract attorney or advisor who regularly works with physician employment contracts. It might be a little pricey, but that person will keep you out of unreasonable contract terms, Dr. Lwanga says. Mr. Schaff often sees physicians using people who aren’t the right experts, such as a family member who’s a real estate attorney or the family accountant. Your best source will be someone familiar with physician employment contracts.

Avoid high-pressure offers. It’s a red flag if the hospital offering you a job wants an answer by tomorrow, Dr. Wardrop cautions. Although he realizes all hospitals have staffing pressures, there must be a reasonable amount of time for you to consider their offer. This could be a week or so.

Talk to colleagues at the hospital that you’re considering, Dr. Adhikari advises. Ask what they think about the city where the hospital is located and what they like or dislike about working with the hospital. This gives you more information to make your decision.

Consider tax implications and time commitments with certain contract provisions. As mentioned before, bonuses are taxed at a higher rate by the IRS and are taxed in the year paid. If you have a forgivable student loan covered under the contract, a portion of the loan and accrued interest is forgiven each year. That specific amount is taxed annually. The forgivable loan is usually contingent on you remaining in good standing at the hospital for a certain number of years, Mr. Schaff says. The bottom line: Know the tax and timing implications of these additions.

Give some thought to the amount of time you’re locked into working at the hospital. A three-year term may be a little excessive, Dr. Wardrop says. While one or two years is reasonable for most new hospitalists, it also depends on how well you know the area and how likely you may be to move as your life evolves.

If you can’t answer yes to each of these questions, perhaps it’s not the right job for you. If you do your best to ensure that your overall goals and expectations align well with the hospital, you’ll go a long way in preventing burnout, Dr. Wardrop says.

Remember,  know what to expect, consider the perks, ask for what you want, get your questions answered by the right people, and complete your due diligence to secure a contract you’re happy with.

Vanessa Caceres is a medical writer in Bradenton, Fla.