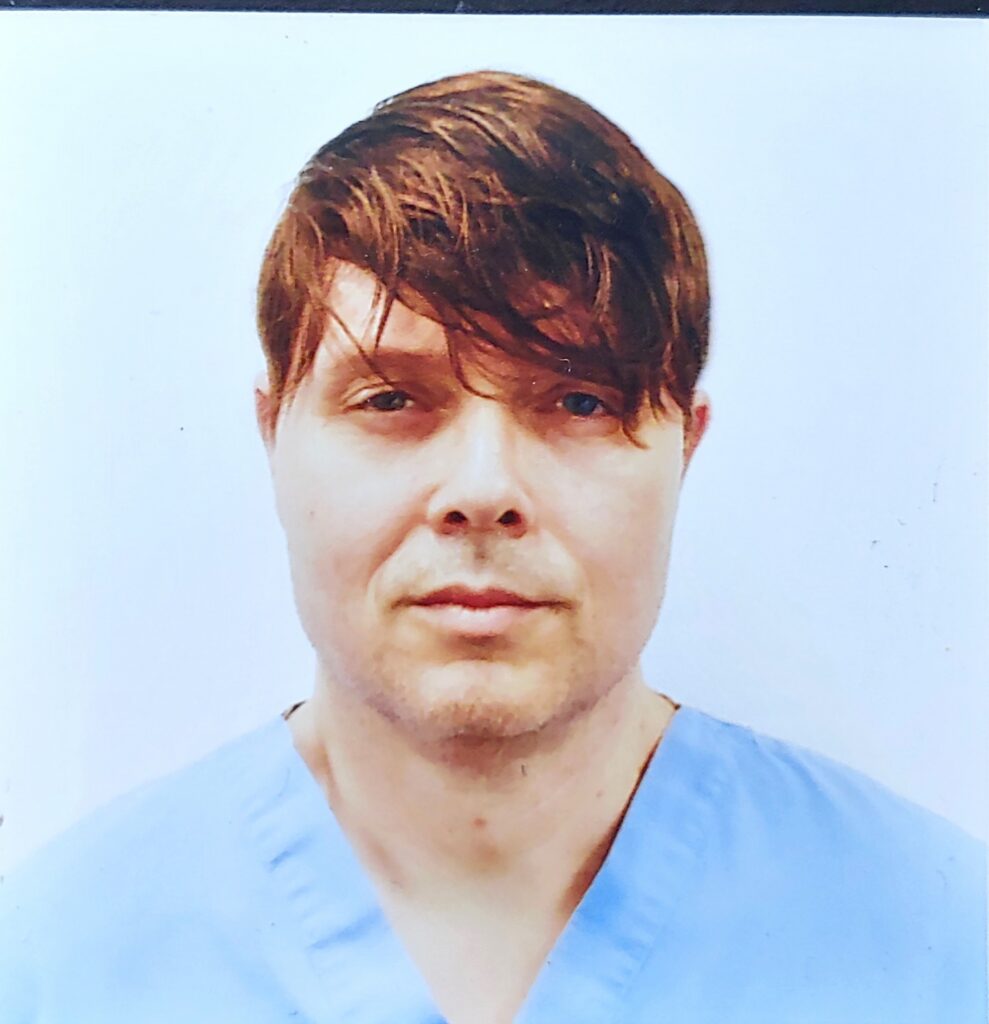 I step off the subway, up the elevator, and up several flights of stairs. There’s a homeless man there who always uses the last stair of the lower staircase as a tray for his food. And by tray, I mean he sets his half-eaten rice burrito directly onto the step and picks around at it while I imagine the guacamole is mixing with Hep B and C. diff and MRSA. He looks up at me, I promise myself for the 100th time I’m going to start carrying cash or Kind bars or something; I give him my best sheepish face, and emerge at street level. I walk toward my hospital and pass a gentleman who sits on a ledge next to the old medical school, missing parts of both feet. I imagine that (insert chronic poorly treated disease) has ravaged his body. He seems to be a permanent fixture, always pleasant, never seeming to desire anything, including contact. He will sometimes smile at me, but in a way that is more of an automatic response than someone interacting with another person. I walk by old important buildings, where generations of fine doctors have been trained in the art of human suffering. It’s a beautiful campus juxtaposed with things that aren’t beautiful, or more accurately, have at some point lost their beauty.

I approach the sprawling complex, where a middle-aged man is on the phone, tears streaming down his face, unable to form sentences. I imagine this is what people look like when they hear an air-raid siren and they know they can’t get out of the way in time, or more likely, when someone they knew and loved was unable to get out of the way in time from (insert acute presentation which has a high mortality rate). He was particularly haunted as if all of the everything had been sucked from him.

I get a text from the senior resident that they’re ready to round whenever I get there.

I get closer to the door and an older woman who appears to be unrelated to the previous middle-aged man has a shell-shocked look on her face. She looked so panicked I wanted to intervene; I wouldn’t have been surprised if she would have collapsed on the spot. I walk in, say hi to the security guards as I show my badge, and meet the residents in the call room. Rounding on holiday weekends is different than other weekends, and weekends themselves are different from weekdays. The gears of this grand machine grind more slowly on weekends. The MRIs still get done quickly, but the building feels emptier. Maybe the gears grind just as quickly as they normally do, maybe they’re just larger on the weekends, I don’t know.

Our first patient is an unfortunate man, one whose organs have been destroyed by Hepatitis C and hypertension. I’m trying to think of any organs which are still functioning as they should, and all I can come up with is his lungs. They sound pristine on the physical exam, and his intake chest X-ray was similar to one on Google when you type in ‘normal CXR’. The hypertension was likely from his love of his mother’s cooking, and his third-grade education. Since hypertension never causes any problems until it’s causing PROBLEMS, no one was ever able to explain to him why it was important to get it under control. Now he is getting close to dialysis. Something in his life that he will be able to afford since it’s free. In an odd way, he caught a break. He did not catch a break when his mother died about a year ago, as he can’t afford to eat anything at home except rice and bread; he, therefore, eats rice and bread. A lot of rice and bread. Underneath all of this water is a skeleton. We take 12 liters of rice and bread in the form of fluid off of his abdomen, and 28 pounds off of the rest of him, and then give him as many protein shakes as he can tolerate. Then we’ll send a thin shell approaching dialysis to rehab.

The next patient is an elderly woman in her late 80s who never has any visitors. Ever. We can locate no next of kin, no emergency contact, nothing. She was found walking around outside one night yelling gibberish. I secretly imagine that her family in the Dominican Republic is frantically attempting to locate her, and any moment now a room full of people who love her will be thanking us for taking care of Abuelita, she will stop yelling gibberish, and she’ll be happy. And have visitors. And then she’ll go home.

I digress. All of the causes of acute and chronic encephalopathies are negative—many secretly wish to have a spinal tap as normal as hers. Psychiatry has provided excellent recommendations, and we’ve tried them all. Apart from eating and sleeping, the only other thing she does is talk or yell gibberish. We’re having a guardian appointed.

We get to Mr. W. He’s an elderly gentleman who ‘lives’ in a nursing home. He suffered a devastating hemorrhagic stroke when he was diagnosed with atrial fibrillation and started on anticoagulation. The blood thinner turned his frontal lobe into a thin rim of brain filled with blood. The family is hoping for a miracle, which hasn’t yet happened in nine months. He had fevers, so we did fever things and his fevers are better. He seems in many ways to be more a Petri dish than a grandfather. I don’t know if this is me being objective, or cynical. Nevertheless, I still stroke his hair every morning and ask him how he’s doing, tell him the plan for the day, and tell him I’m sure his family will visit soon. I also think to myself, ‘Perhaps the intern isn’t putting in orders at this moment and the hidden curriculum is working.’

Then we see Mr. M. He was constipated from the inflammation associated with his kidney infection. We fixed both. He makes it a point to mention, after we gave him an enema, “Boy, did you fix my constipation!” His daughter is always in the room, taking notes. He’s going home today. She says something funny and everyone laughs again. A respite. That was nice.

I say bye after running the list and begin to take one of the back sets of stairs to my computer when I hear a man screaming. Then I hear someone kicking trash cans. I run toward the noise, and a nurse grabs my arm as I round the corner. I make eye contact with the wife, who is restraining her husband. The nurse whispers to me, “Their son just died”. Security approaches are whispered to by another nurse, and they slowly retreat, almost forming a protective circle. The man is sitting on the floor, clutching his head, wailing. As I have nothing to offer, I instead decide to leave, go outside, and get on the subway.