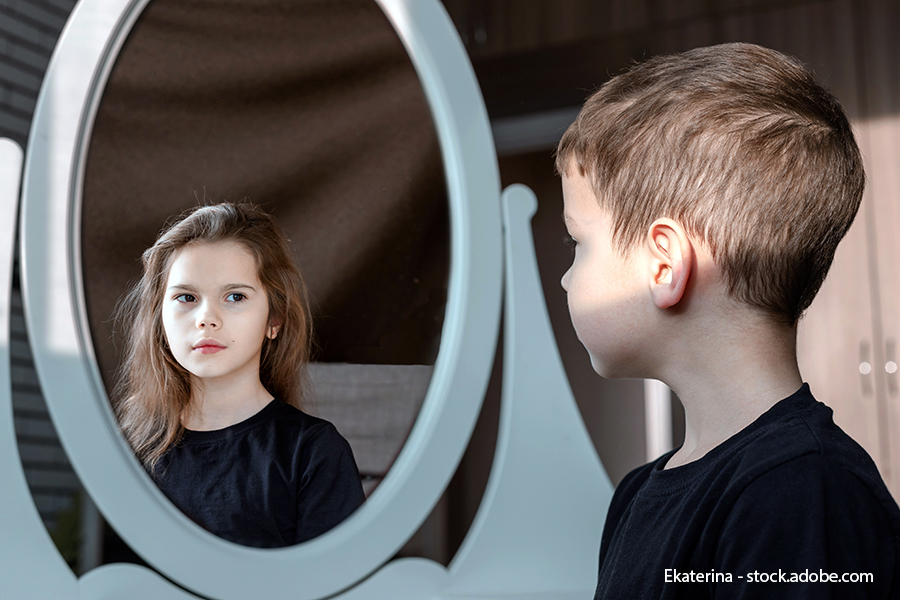 Let’s say—said Angela Kade Goepferd, MD (they/she), medical director of the Children’s Minnesota Gender Health Program at Children’s Minnesota Hospital in Minneapolis—that a 12-year-old is in the hospital after a suicide attempt related to harassment at school for her gender identity. There, she is repeatedly referred to by her dead name—the given name she no longer uses—and is distressed by this.

There is too much at stake for health professionals to mishandle LGBTQIA+ matters, said Dr. Goepferd in a moving and alarming plenary talk at PHM 2022. And, while this session was geared toward pediatric medicine, the overall message is one of better treatment for all LGBTQIA+ people, regardless of age.

“When we think about improving the family experience, sometimes it is the very little things that count here,” they said. “So had that person gone into the room and said, ‘Hi, Ari… I’m here to draw your blood today. I will just need to confirm the name that’s on your wristband. I know that’s not your real name, but I just need to confirm that name before I draw your blood today for safety.’ It could have made all the difference. So, it’s about how we frame these things for kids.”

They added, “If you are practicing medicine, you need to get this. Because culture is changing and if our systems don’t adapt, our patients aren’t going to come to us, or are going to feel like they’re getting terrible care. This is changing, and we need to get with the program.”

Just this year, Dr. Goepferd said, 330 anti-LGBTQIA+ bills have been introduced around the country—in every state. They sometimes go nowhere, but their very proposal can have profound consequences on children, they said.

“Our kids are watching—most LGBTQIA+ kids say that hearing about all of this has a negative effect on their mental health, which of course it does,” they said. “If your existence, and your right to use the bathroom and your right to play on a soccer team and all of these things, is being actively, publicly debated in an open forum, that’s going to impact whether you think that you matter and that you can really belong.”

They put the audience in the shoes of someone already receiving gender-affirming care, but who, because of legislation, would be forced to stop this care.

Someone who had been known her whole life by friends and family as female would suddenly, at 16, be “going to go through male puberty and get a low voice and a beard and become masculinized. I can guarantee you she’s not. Maya will not tolerate that. Maya would probably take her own life rather than have to go through the experience of becoming male at that point after identifying as female her whole life. And many of us would as well.”

“Policy does matter,” they said. “It matters in terms of actual kids’ lives and actual kids’ safety. So, this isn’t a theoretical issue that we’re talking about here.”

Pubertal suppression—a reversible delay in the onset of puberty—has been found to have profound benefits for kids, Dr. Goepferd said. A study in 2020 found that it is associated with a 70% decrease in suicidal ideation.2

They asked the audience to consider how society introduces the idea of gender to children very early on—boys dressing a certain way and playing with certain toys and girls doing the same—as long as it’s along the lines of traditional notions. And she said that we need to be open to the idea that children might not fit neatly into these categories.

They said that 80% of transgender kids are harassed at school and 63% will experience a discriminatory event that will change their life course, whether it’s being fired, or denied housing.

Hospitals should be a place of understanding and safety, and the care provided by hospitalists should be informed, aware, and sensitive, they said. They suggested doing away with bracelets that are labeled “M” or “F,” making electronic medical records more accommodating of transgender-relevant information, and making more of an effort to connect, such as talking with a transgendered child about what they might want to be wearing if they were not in the hospital.

“Most trans people are getting this harm everywhere in their lives—they’re swimming in it, and then they come into our hospital systems, and we harm them on top of that,” Dr. Goepferd said. “We want kids to believe that they can grow up to be happy adults. We want kids to thrive. That is what we want. All of our kids.”