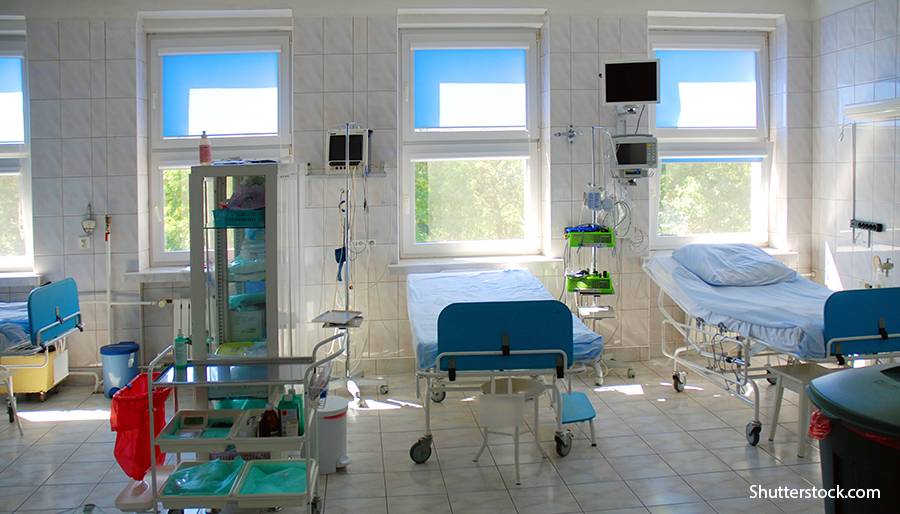 Empty beds in a hospital room.

When 10-bed Nye Regional Medical Center, in west-central Nevada, closed abruptly in 2015, it meant that the residents of the former gold-mining town of Tonopah would have to drive about two hours across a hundred miles of desert roads to get to the nearest hospital.

“This is a decision that will ultimately jeopardize the health and well-being of our community and surrounding areas,” he said.

Hospital closures over the last decade—most notably in rural areas and in pediatrics, but urban closures as well—have left patients with fewer options of where they can seek care, physicians frustrated that they are letting patients down, and policy analysts trying to find data-driven solutions.

But experts say—and studies suggest—that the actual effects on outcomes from these closures are a mixed picture that, in each case, is determined by the realities on the ground, which differ from one scenario to the next. But the pace of closures, with no end in sight, has hospitalists continuing to worry.

At the time of Nye Regional’s closing, leaving Tonopah’s roughly 2,200 residents medically marooned, it was a symbol of the damage that hospital closures can have on remote communities. Since then, the situation hasn’t improved. In 2015, there were 17 closures of rural hospitals, according to data from the University of North Carolina, Chapel Hill. That dipped to 10 closures in 2016 and 2017 but ticked up to 14 in 2018, 18 in 2019, and 19 in 2020.

Last year, only two rural hospitals closed, but experts say that struggling hospitals have been held aloft by COVID-19 federal relief money, and closures are likely to resume as that money dries up.

In urban areas, about 10 hospitals closed per year from 2008 to 2013, according to data presented by Scott Krugman, MD, vice chair of pediatrics at Sinai Hospital of Baltimore at this summer’s pediatric hospital medicine (PHM) annual meeting in Lake Buena Vista, Fla.

And urban closures continue. The announced closure of Atlanta Medical Center, a Wellstar Health System hospital, has sparked protests, with residents worried that low-income patients will be left without sufficient medical care. With that closure, expected to be finalized on Nov. 1, only one Level 1 trauma center would be left in Atlanta.

A Wellstar spokesperson told The Hospitalist that the company is committed to maintaining staffing levels for patient safety as services wind down and that they are in close contact with other area health care practitioners and the state health department.

“We are all working together to plan for a safe and orderly transition of care,” the spokesperson said. 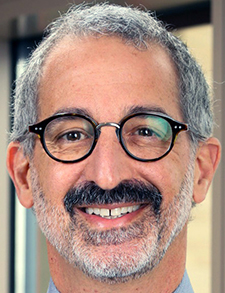 Daniel Rauch, MD, director of pediatric hospital medicine at Tufts, said in August that patients and families had been transferred, and that attempts were made to communicate to the families of all children who had been receiving care at Tufts.

“They are finding other care,” he said. “How well we were able to reach them, explain that to them, and how well they’re actually accessing it, we don’t know.” He said that with medical literacy low, and English often a second language for families, “outreach probably didn’t get to all of them.”

“It’s likely that we’re going to lose at least temporarily a fair amount of people from care,” Dr. Rauch said.

He said that one concern has been a change in the complexity with which community physicians could get patients transferred.

“It used to be a single call to a system at Tufts, and no matter what went on at the Tufts end, for the hospitalist in the community, it was rather seamless,” he said. “The patient was accepted, the patient left, and then Tufts figured it out. That’s not the case anymore. I find that some of my team needs to spend an hour, hour and a half, organizing a transfer that used to take them five minutes.”

He said there were also certain insurance types that Boston Children’s didn’t accept, so families “now have to figure that out financially.”

He said that pediatric intensive care unit (PICU) beds have been added at Boston Children’s, but they are still in shorter supply than before. A child with new-onset diabetes and diabetic ketoacidosis would usually have been taken care of in a PICU, but now it’s becoming difficult to get that child into an intensive care bed. A child in respiratory failure who is likely to need intubation would typically have been cared for in a PICU, but now it’s more difficult to get that level of care, he said.

He said the closure took an emotional toll on the families.

“They considered Tufts their medical home and a lot of them for a variety of reasons had chosen specifically to get their care at Tufts, and not at Boston Children’s,” Dr. Rauch said. “And for them to be told that this was no longer an option for them was a difficult conversation.

He added, “No family wants to hear that their family isn’t generating enough revenue for the hospital versus what another patient can. That just doesn’t resonate.”

During his PHM session, Dr. Krugman said there was a “heyday of expansion of community hospitals” in the 1990s, and this pattern is now reversing. “What’s plummeted is community hospitals,” he said. “What we’re seeing is just ongoing consolidation and regionalization.”

He said the closures can create problems beyond access.

“If you’re a community hospital and you’re seeing less volume, it’s harder to staff it, it’s harder to keep pediatric competent people there, so you get less competent and you send more out,” he said. “At a certain stage, there’s just no way out, to be honest with you.”

In the session, he told the hospitalists in the audience, “You need to be prepared because it’s not clear what is going to happen in the next decade.” 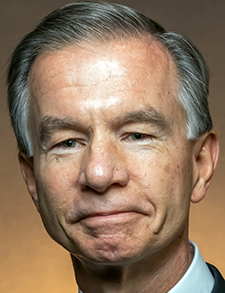 What is likely to happen is that more hospitals will close, said Harold Miller, president, and CEO of the Center for Healthcare Quality and Payment Reform (CHQPR) and adjunct professor at Heinz College of Information Systems and Public Policy at Carnegie Mellon University in Pittsburgh.

The CHQPR estimates that 600 rural hospitals are at risk of closing in the near future and more than 200 are at immediate risk of closing because of inadequate revenue to cover expenses and very low financial reserves.

Mr. Miller said the effects seen due to closures differ according to the circumstances surrounding them. The closure of Nye Regional had profound effects on access, despite bolstering of ambulance service and opening of clinics to help fill the void in Nye County. But the closure of the 10-bed Doctors Hospital at Deer Creek in 2010 in Leesville, La., did not affect access much, since 60-bed Byrd Regional continued to operate 0.3 miles away.

Closures are not automatically bad by rule, researchers have noted. After a closure, patients will sometimes receive care at a hospital that operates more efficiently, or the closure can improve the efficiency of hospitals that are still operating, researchers wrote this year in a paper, led by Soroush Saghafian, PhD, founder, and director of the Public Impact Analytics Science Lab at Harvard University.1

“There are also potential implications for care quality,” they wrote. “Hospital closures may move patients who previously sought care at lower quality hospitals to higher quality ones, thereby improving the overall quality of the health care system.”

A 2019 study by the National Bureau of Economic Research looked rigorously at the closure of California hospitals between 1995 and 2011 and found that there was no overall effect on patient mortality from time-sensitive conditions such as stroke, sepsis, and heart attacks.

But among rural hospitals, mortality increased by 8.7% compared to hospital service areas where there had not been closures. No difference was seen for hospital closures in urban areas.2

But Mr. Miller noted that this and other studies don’t account for distance to the nearest hospital, and the services that had been provided by the hospital before its closure.

“A lot of those hospitals are running a rural health clinic, which is the source of primary care for the community. And so, if the hospital closes, it’s not just hospital services that are lost, it may be all health care services are lost in the community,” he said.

Why are they closing?

Mr. Miller pointed to several factors that are driving rural hospitals to close. Medicare payments have been reduced by 2% because of sequestration. Because the payment was originally planned to be 101% of the cost, that reduction makes the payments unsustainable for hospitals.

Private insurance payments also have not met rural hospitals’ costs, according to the CHQPR’s analysis of federal data, while urban hospitals receive more than it costs to care for their patients.3 At its core, it’s a simple problem: A hospitalist working at a hospital is a fixed cost, and when that cost has to be covered by payments for services to patients, the margin will be lower (and possibly even negative) the fewer patients there are.

Rural hospitals should be paid in two forms, he suggested: a “standby capacity payment” for being available when anyone needs it and additional fees for the actual services provided.

But the CHQPR’s analyses have found inpatient services are not the biggest cause of rural hospitals’ problems, he said. The main problem, he said, is that commercial contracts don’t pay adequately for emergency care or primary care. In fact, closing inpatient services, and leaving only the emergency department, makes matters worse, he said.

“You still have to have a nurse, and now the only thing that’s paying for the nurse, is the emergency department visits, of which there aren’t nearly enough,” he said. “And the hospital can no longer care for patients in the community.”

Dr. Rauch said he thinks the field is at a juncture. He said a path exists—local care with virtual specialty care—toward changing for the better, so the field will either follow that path or continue to see closures that may mean inferior or more expensive care.

“I think we’re at an inflection point, where if the financing of at least pediatric care doesn’t change dramatically, we’re going to see further closures and consolidation and centralization and utilization of pediatric care,” he said. “I think that is not good for the general pediatric population.”

Offering remote care is a promising option, he said.

“I think what COVID-19 has taught us is that you actually can provide distributed care rather effectively using technology and people like hospitalists and other generalists to maintain kids in community settings closer to home,” he said. A skilled generalist could take care of a patient on-site and specialists at free-standing children’s hospitals could be consulted virtually.

Dr. Rauch said: “I think—I hope—that that is the future.”