The outcome of the RaDonda Vaught case could have a chilling effect on the reporting of medical errors by hospitalists and other front-line caregivers.

Earlier this year, RaDonda Vaught, a registered nurse, was charged with criminally negligent homicide and gross neglect of an impaired adult because of a 2017 medical error that killed a 75-year-old female patient at Vanderbilt University Medical Center in Nashville, Tenn. Ms. Vaught was convicted and received a sentence of three years of supervised probation.

In response to the trial outcome, SHM issued a statement that proclaimed SHM’s solidarity with health care team members and other professional societies in opposition to medical errors being criminally prosecuted. “This case affirms the need for health care institutions to recommit to the principles of just culture and to support all members of the care team.”

SHM was not the only medical society with concerns about the Vaught verdict.

“The criminal conviction and sentencing of a nurse for a medication error is a backward step for patient safety … This case has placed patient safety at risk and has further demoralized an already exhausted and overworked nursing workforce in the face of existing nurse staffing shortages,” according to a May 13 statement from the American Association of Critical-Care Nurses.

Other medical societies made similar statements. The American Bar Association weighed in: “A robust culture of safety relies on self-reporting and transparency to drive process improvement, and criminalizing errors instead foments blame and creates fear,” according to the organization. 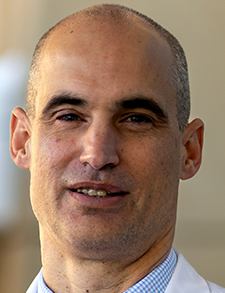 “It was encouraging to see the near-unanimous response from medical and nursing societies in opposition to the criminalization of unintentional medical errors,” said Rick J. Hilger, MD, SFHM, system utilization-management medical director, and hospitalist in the department of hospital medicine at HealthPartners in Minneapolis. Dr. Hilger is chair of SHM’s Public Policy Committee, which helped draft SHM’s statement on the Vaught case.

The effect on hospital medicine

Hospital medicine physicians, and all health care workers, should be concerned about the Vaught outcome.

“To have a frontline worker convicted of a felony for an unintentional mistake is groundbreaking, and threatens the substantial progress made over the past two decades in advancing just culture within hospital walls,” Dr. Hilger said. 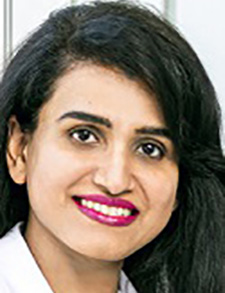 “The concept of just culture introduced in the early 2000s has allowed us to make huge strides in patient safety in the last two decades,” said Kunjam Modha, MD, FACP, SFHM, a hospitalist and assistant professor of medicine with the Cleveland Clinic Foundation in Cleveland. This work has focused on consistent error reporting, transparency, and shared accountability without individual blame and shame, Dr. Modha explained.

One major concern from hospitalists is that the case verdict will lead to lowered quality of care within hospitals as clinicians and nurses may be less likely to report errors or near-misses, Dr. Hilger said.

“When health care professionals are deterred from self-reporting errors due to punitive risk, patient safety is impaired,” Dr. Modha said.

What hospitals can do

Although it is too early to assess what effect the Vaught case will have on hospital medicine, Dr. Modha hopes that hospitals will use this case as an opportunity to revisit patient-safety policies.

While hospitals and health systems typically have processes in place to assess medical errors, there are comprehensive steps they can consider or review to encourage an open discussion of errors with hospitalists and other health care workers: 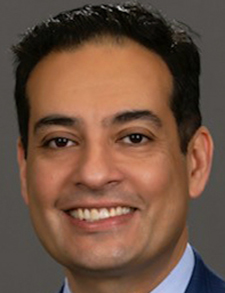 Start at the top. Within a day or so of the Vaught ruling, the chief executive officer of Ballad Health, a 22-hospital system based in Johnson City, Tenn., sent out a message reassuring all 15,000 frontline caregivers that the system would support them, said Amit Vashist, MD, SFHM, senior vice president and chief clinical officer of Ballad Health. Dr. Vashist is also a member of SHM’s Public Policy Committee.

Have systematic and written policies in place for events where errors may occur. “When a systematic process around testing and medication administration is in place, it acts as a safety net, which prevents errors and reduces harm in the event they do occur,” Dr. Modha said.

Emphasize shared accountability. “Shared accountability permits us to dive deep and identify areas of actionable change without holding a particular individual responsible for it,” Dr. Modha said. “This creates a much-needed safe environment in which errors can be reported and studied.”

Make error-reporting policies crystal clear during onboarding. In the current age of fast-growing hospitals and traveling nurses, reviewing how to report an error should be part of onboarding and not something an employee struggles to figure out after an event has occurred, Dr. Modha cautioned.

Assess how to improve hospital culture to encourage error reporting. In August, Ballad Health launched plans to become a high-reliability organization that emphasizes safety above all else, as well as a just culture, Dr. Vashist said. This launch included educational sessions, classes, and town hall meetings with a more scientific approach to looking at errors and helping employees feel safe reporting errors. “We need to provide a psychologically safe environment for hospitalists and other frontline caregivers, so people aren’t hiding errors,” Dr. Vashist said.

Look at errors in real time. Dr. Vashist’s hospital system has successfully used tiered safety huddles for more than three years. The huddles move the discussion of errors along four tiers, from the unit to hospital leaders to market region leaders and, finally, to senior executives. This error review has helped Ballad Health attack and reduce systemic problems in real time. “The whole focus is on collaboration, learning, and process improvement,” he said.

Vanessa Caceres is a medical writer in Bradenton, Fla.