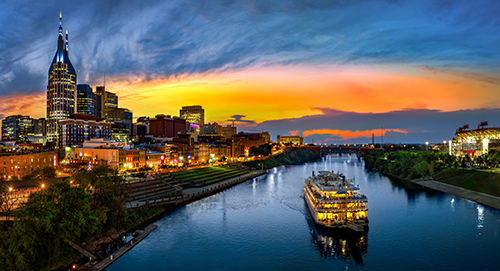 Like the sound Nashville is famous for, the local chapter of SHM doesn’t succeed by resting on its greatest hits.

Founded in 2017 and now 233 members strong, the group is already looking to make improvements.

Take the name itself: Nashville.

The chapter isn’t just bound by city limits and has broached initial discussions to maybe rebrand as the Middle Tennessee chapter so more practitioners feel like the group is tailored to them.

“We have people in super small hospitals, where there’s literally one hospitalist working at a time, to people in systems that have well in excess of 50 hospitalists,” said chapter president Bradley Bullock, MD, a hospitalist in Brentwood, Tenn. “It runs a big gamut, and it’s been a challenge for us. We have not engaged the more rural hospitals as much and we’re working hard to do that.”

There are nearly 70 chapters nationally, with geographically large states like Tennessee having multiple chapters to represent different regions (for those looking for a trivia answer, the Volunteer State has four chapters).

But only the Nashville bastion was home turf for April’s SHM Converge, the specialty’s first in-person conference since the start of the pandemic.

In fact, Dr. Bullock is now hoping to use the local momentum from Converge to draw new members. Discussions have been held about hosting a district-wide meeting in Asheville, N.C., which would give local practitioners a chance to travel and mingle with leaders from across the District 4 region (which covers Tennessee, Virginia, and the Carolinas).

Another outreach is that the next meeting will be held in the city’s southern suburb of Franklin, a nod at reaching more rural hospitalists outside the downtown district.

“I think it’s really important to try to get them engaged, help them make connections, and bring them into the fold so they can also participate in what we’re doing,” Dr. Bullock said.

He adds that during the past few years, as hospitalists and others in health care routinely shared ad-hoc best practices during the COVID-19 pandemic, the value of routine feedback only crystallized.

“With COVID-19, there was good communication among a lot of the hospital systems about what we were doing, because things were coming at us so fast it was difficult to react,” Dr. Bullock said. “I don’t know how some of the small hospitals kept up to date, and certainly (being involved in the chapter) would be a very valuable resource to have.

“They could pick up the phone or shoot an email to somebody and say, ‘Hey, how are you dealing with this?’ If we can grow some of those connections, there are thousands of questions like that that come up over the course of a year.”

Another point of pride for Dr. Bullock is that last year the chapter held a series of in-person and virtual events that delved into clinical and non-clinical topics. And despite the omicron wave in November 2021, the chapter still held its fourth annual poster competition and awarded the winner free access to SHM Converge (which didn’t even cost bus fare).

“We were pretty proud of the fact that we were able to continue meeting,” Dr. Bullock said. “We thought it was really important to keep the events going. As it is, we’re all busy. And we’re all involved at different hospitals. And it’s so easy for us to drift apart if we’re not making a conscious effort to stay connected. So we thought the virtual events were really important.”

Part of addressing non-clinical issues includes HM practitioners doing a better job at being patients and realizing that the stresses of the job need to be addressed.

Dr. Bullock sounds excited when he talks about the value of SHM’s chapter, and he’s hoping that infectiousness helps recruit new members.

“I hope we can spread the word to get more people on board because I think there are great benefits there,” he said. “And, hopefully, as we come out of COVID-19 and we can have more in-person events, and if people have learned about some of their vulnerabilities through the pandemic, maybe it will be the spark that really gets things going.”