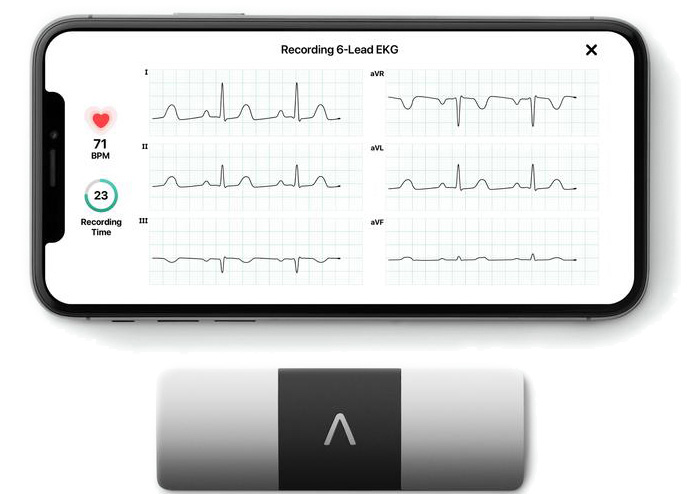 Apps, wearables, and gadgets—hospitalists are well aware that technology is having a profound effect on health care.

But you’re probably not aware of everything out there, or just how quickly technology is shaping how doctors care for patients.

Anoop Agrawal, MD, associate professor of medicine at the Baylor College of Medicine in Houston, recognized by Apple as a Distinguished Educator, described what he sees as the most influential and useful health care technologies in a session at SHM Converge. It’s an area that hospitalists need to keep up with, given the pace of advancements, he said.

“It’s really fascinating to look back at this and look at where we are today,” he said. “All of these things have basically moved forward about a decade in terms of implementation and the impact they are going to have in our life.”

In 2021, there were 350,000 health-related apps. Some, Dr. Agrawal cautioned, are unregulated by the U.S. Food and Drug Administration (FDA), so the users are taking on added liability should they choose to use them. The FDA doesn’t regulate apps that act as medical textbooks, games simulating medical scenarios, or surgical training videos, for example. The FDA regulates an app only if it’s considered a medical device.

Quality apps—including some he described in a similar talk in 2017—are no longer available, which Dr. Agrawal said is a shame, and shows the importance of supporting apps that you find helpful.

“Help support these developers and these apps,” he said. “I know we’re a little averse to buying apps, but if it’s a quality app you need to help support it because otherwise it just ends up in the pile of rubble.”

He recommended an array of apps and gadgets for hospitalists. 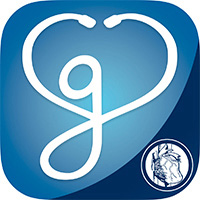 American College of Cardiology (ACC) Guideline Clinical App This app covers the ACC’s entire body of work, and Dr. Agrawal said the developers have done a nice job of organizing the topics. He said the app does not have the best interface but is navigable once you get used to it.

ARUP Consult This app, designed to help clinicians choose the right diagnostic test, is from a lab at the University of Utah. It’s a web-based app, but like other web pages, it can be added to your home screen so that it appears with the other apps. “I think this is one of the best resources that are out there—I think it’s actually on par with UpToDate,” he said. “They have phenomenal algorithms. … It’s very clear, concise, it doesn’t overwhelm you with information.” 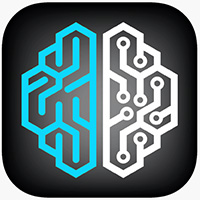 Rads Consult This app has incorporated all the content from the American College of Radiology’s recommendations for every scenario. Users get a two-week trial, and then it costs $14.99. “Rads Consult is like having a radiologist on speed dial,” Dr. Agrawal said.

Seattle Heart Failure Model This web app calculates survival at baseline and after interventions that are inputted by the user, driving home the implications for treatments. “I love showing this to students and residents,” he said. “It really helps them understand the impact the particular intervention that they’re going to now start will have on the morbidity and mortality line.”

Coverage Search This “quick, easy tool” searches all commercial, Medicaid, Medicare, and health care exchange formularies to inform physicians and the public about coverage of medications. 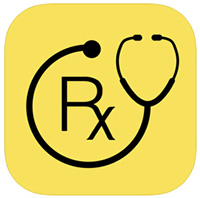 GoodRx Pro This app is designed to help physicians help patients use GoodRx, the popular prescription app. Dr. Agrawal said that it can sometimes be time-consuming to explain to patients how to input information into GoodRx, so they’re searching for the medication they actually need because there are so many variables. With GoodRx Pro, physicians can enter the information themselves, and send an anonymous email or text to the patient that takes them to GoodRx with the information already entered.

AliveCor This is a wallet-sized gadget that can be used to generate single-lead ECG reports when used along with your smartphone. It is FDA-approved for algorithmic analysis of certain heart rhythms.

KardiaMobile 6L This is an FDA-approved 6-lead ECG used primarily for common arrhythmias. It is about the size of a Band-Aid.

Eko Stethoscope The gadget can listen to sounds either digitally or analog and connects to an app on your device with Bluetooth. This allows a phonogram to be viewed in real-time and to record sounds for playback immediately or at a later time. The DUO version offers atrial fibrillation and murmur detection but doesn’t diagnose the type.

Thinklabs One Stethoscope This is a digital-only gadget and allows physicians to view a phonogram in real time, with a recording of sounds. “There were hospitals that were utilizing this during the pandemic in terms of making it much easier for physicians to safely listen to heart sounds,” Dr. Agrawal said.

BodiMetrics–Vitals Rx Health Monitor This is an FDA-cleared gadget, available by prescription only, that can provide an obstructive sleep apnea screening report. It is strapped to the wrist and connected to a finger.

Oura Ring Dr. Agrawal called this aesthetically appealing device “consumer-facing sleep tracking for the fashionista.” It monitors heart rate, heart rate variability, sleep, and temperature, with pulse oximetry expected to be available soon. It is also cleared by the FDA for fertility tracking when used with the Natural Cycles app.

The availability of these devices to easily gather health data raises the prospect of their use being tied to insurance rates, Dr. Agrawal said.

“Are we maybe heading to a new world where your wearable tech can be utilized by insurance companies to adjust your health premiums by allowing tracking of things like sleep quality or other metrics?” he said. “I would not be surprised if 10 years down the road we’re talking about some of this.”

Artificial intelligence and machine learning are on the horizon as well. Deep neural networks, for instance, have been found to be able to detect skin cancer with dermatologist-level skill.2

More immediately, remote monitoring and telehealth are being made easier seemingly every day. These technologies also make the hospital at home concept easier to accomplish.

If many of these devices can become “part of our toolkit,” he said, “we are going to have a big impact on reducing hospitalizations, shortening hospital stays, fewer visits to the emergency department, better outcomes for rural areas, and just overall better medical management.”