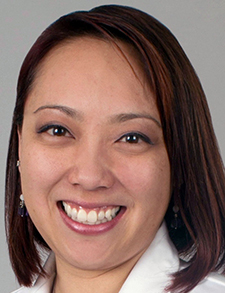 Then the world changed.

That was the last in-person event Dr. Zia attended for the chapter she now runs—but it surely wasn’t the last get-together.

“Even though we haven’t met as a full chapter in person since 2020, we’ve hosted more events than we ever have,” said Dr. Zia, who works at Keck School of Medicine at the University of Southern California in Los Angeles. “Before the pandemic, one of our initiatives was to try to host more virtual meetings because we hadn’t really tapped into that resource and the pandemic thrust us into this meeting platform. We always aimed to have in-person meetings. Ironically, during the pandemic, we’ve put on more events virtually and more consistently than we previously had when we were still meeting in person.”

The Los Angeles chapter launched in 2007 and has 321 members. And while SHM has nearly 70 chapters nationwide, perhaps none approaches diversity the way the City of Angels outpost does.

The chapter caters to all corners of the geographic diaspora that is Los Angeles, and Dr. Zia takes equal care to make the group home to physicians, students, trainees, and advanced-practice professionals. Last year, the chapter launched its “Crucial Conversation” seminar series.

“We talked about difficult topics that pertain to hospitalists with regards to racism in medicine,” Dr. Zia said. “We also talked about allyship, and LGBTQIA+ in medicine, whether it was as an LGBTQIA+-identifying provider or while caring for patients who identify as LGBTQIA+, and how to be the most inclusive that we could.”

Dr. Zia was awestruck by the response.

“It was amazing,” she said. “I can’t get over the sense of pride in knowing that we were able to have people who came and attended the meeting, and also, in elevating the colleagues we featured as panelists as they shared their most vulnerable experiences, from the perspective of being the provider, or part of a marginalized group. The dialogue that occurred between the panelists was rich, as our facilitators really engaged them in conversation. I think it was a wonderful moment to witness how, as physicians, our work doesn’t end at the of our workdays, but rather, extends beyond the hospital walls.”

The focus on diversity doesn’t just apply to racism and orientation. To the chapter leadership panel, career diversity is just as important.

“We created a new hospitalist career development series, where we hoped to try to arm our rising or new hospitalists with the tips and tools that we could as they were preparing to embark on a career in hospital medicine.

“The series aimed to have new hospitalists learn more about what it would take to be a good candidate as a hospitalist, how to actually look at their contracts and identify what could be negotiated versus what could not, and finally, to identify how to be good at your job, even before day one on the job.”

While this year’s plan is to continue both of those series, Dr. Zia and her team are also looking to introduce a leadership-development series.

All of the series are an extension of what Dr. Zia sees as the mission of serving members: A mission crystalized by COVID-19.

Shortly after the pandemic, “we started a group chat, and we did have one group virtual meeting where hospitalists from around the region were invited to connect just so we could check in on each other and see what was going on at each of our respective institutions and hospitals,” Dr. Zia said. “Everyone was walking into the unknown. To have even that brief exchange where people were texting each other and saying, ‘Oh, what are the latest guidelines you have been learning?’ ‘What are people at your institution or hospital been saying about these methods of management?’ It was really helpful to be able to connect.”

Perhaps the best word to describe the chapter is diversity, in every sense of the word. Whether it’s a veteran hospitalist at a leading institution or a first-year at a community hospital working with underserved patients, Dr. Zia wants them included.

“No matter your practice setting, no matter your training, no matter what you do, the Los Angeles chapter of SHM can be a home to you,” Dr. Zia said. “We’re going to delve into topics that are both clinical and societal. And we very much want to be able to support all of our members, as well as think about how we can maximize our networking amongst colleagues in the region as we also bring in and, hopefully, train up the colleagues who join us as they finish up their training.”