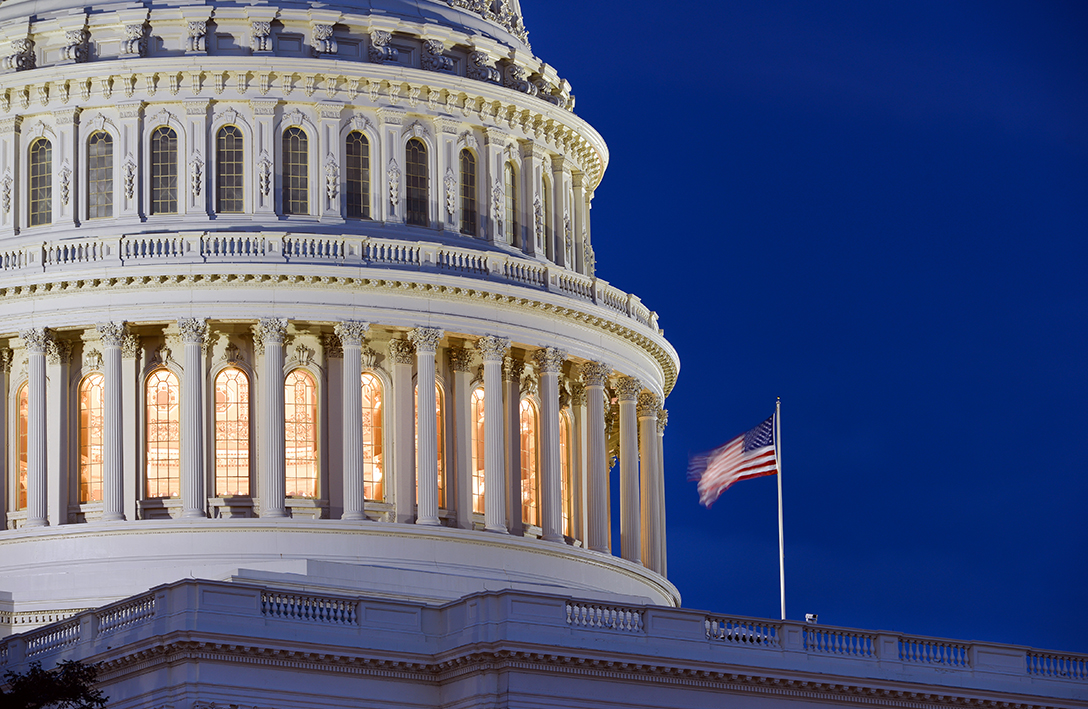 Advocacy, simply put, is the act of pleading or arguing in favor of something. It’s raising the concerns and voices of a group to efficiently influence decisions and affect change within political, economic, and social institutions. This is exactly what SHM has been doing on behalf of its members and their patients for decades.

Often the process and results of advocacy go unseen and seem to move at a snail’s pace. Regardless, SHM staff and volunteer clinician members of SHM’s public policy committee (PPC) constantly find effective ways to combat issues that negatively impact hospitalists’ ability to deliver high-quality care. Although these issues regularly impact your work lives, you might not be aware of the underlying regulatory structures and the broad, long-term efforts being made to change them. 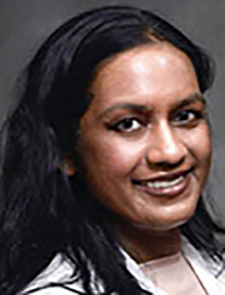 “We’ve tried to be really intentional about taking on just a few issues where hospitalists play a major role and where we are the content experts,” said Suparna Dutta, MD, MPH, FHM, chief of medicine at Hartford Hospital, Hartford, Conn., and a member of SHM’s public policy committee. Although SHM supports broader initiatives that affect health care in general, its primary focus is leveraging its efforts where it can make the most difference for its membership.

“I think Capitol Hill and the Centers for Medicare and Medicaid Services (CMS) generally look on SHM as a very fair impartial resource, which I think serves us well,” said Dr. Dutta. “We try to make sure that the issues we get involved in are issues that are impactful not just to our membership but also to the patients that we care for and to our health care system.” By building trust as an impartial resource over many years, SHM has been able to exert influence and share expertise as new policy decisions are being formed.

Ron Greeno, MD, MHM, former SHM president and PPC chairman, and the senior advisor for government affairs at SHM said many of SHM’s early advocacy efforts focused on educating CMS and Congress and clarifying the goals and work of hospitalists. “Because hospitalists are new, compared to other medical specialties, things sometimes get written into policy that unintentionally negatively impact hospitalists,” he said.

As an example, as part of the original version of the Affordable Care Act, physicians were to be financially penalized if they didn’t work via their own electronic medical records. However, unlike other physicians, hospitalists use only their hospital’s electronic medical records by design. Dr. Greeno said, “Millions of dollars in penalties were going to be levied on hospitalists across the country—we had to do a couple of years of heavy lifting to get the law changed.”

Much of SHM’s work has focused on advocating with CMS for rule changes to benefit hospitalists and their patients.

For example, the 2015 Medicare Access and CHIP Reauthorization Act (MACRA) brought significant changes to the Medicare physician payment system, but some of the criteria put into place (e.g., for risk-based billing) didn’t directly apply to hospitalists. 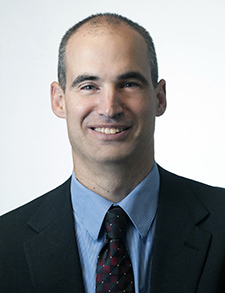 Richard J. Hilger, MD, SFHM, current chair of the PPC and system utilization medical director at HealthPartners, Minneapolis, Minn. said, “For years, SHM and the PPC have been providing feedback to CMS and advocating to make sure hospitalists are fairly represented in these new formulas. They have made concrete changes over time to try to more fairly capture the quality of care provided by a hospitalist.”

In 2017, SHM successfully lobbied to get a separate billing code that hospitalists can use for Medicare. With these new alternative payment models that use outcome comparisons among physicians, this was especially critical, as hospitalists previously had to bill in a way that lumped them in with physicians (such as outpatient internal medicine physicians) caring for much less sick and less expensive patients. 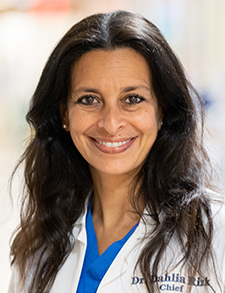 One current area of discussion with CMS is Medicare Advantage plans, especially concerning prior authorizations. Dahlia Rizk, DO, MPH, FHM another PPC member and chief of the division of hospital medicine at Mount Sinai Beth Israel Medical Center in New York, pointed out that working with such burdensome prior authorizations in this and other contexts impedes hospitalists’ workflow, decreases the time they can spend with patients, and negatively impacts staff morale.

Dr. Hilger added, “Many Medicare Advantage plans have significant delays involved when trying to get a prior authorization for a patient to go to a skilled nursing facility, which can lead to many medically unnecessary hospital days, which is both a quality and a financial issue.” The heightened need for hospital beds during the pandemic has both exacerbated and highlighted the issue.

Another issue hospitalists face is problems related to observation. SHM’s PPC has been working with CMS on defining appropriate uses of observation for many years. Patients placed in observation use the same hospital resources as those on inpatient service, but hospitals are reimbursed less, and patients often see huge out-of-pocket costs.

Dr. Rizk explained, “There is a big effort underway to revamp and reform the entire observation process with all of its administrative burdens and often time-consuming rules that often place physicians between patients and the insurance company. How much traction we get is yet to be seen.” The PPC has advocated for these issues at the federal level and has put out two white papers to outline suggestions for reform.1

Billing issues faced by hospitals are another problem that can trickle down to physician salaries and negatively impact appropriate compensation. For the last two years, SHM has been fighting against scheduled cuts to hospitalists’ Medicare reimbursement. These planned cuts, resulting from a complicated series of long-term budgeting factors, would have resulted in a roughly 10% cut to Medicare reimbursement for hospitalists starting on January 1, 2022.2 “These cuts were coming at exactly the wrong time considering all the work hospitalists provided during the pandemic,” said Dr. Rizk.

SHM lobbied heavily for the Protecting Medicare and American Farmers from Sequester Cut Act, passed in December, which has put most of those scheduled cuts on hold for the moment. “That has been huge, but it’s only temporary good news,” said Dr. Dutta. “We are going to continue to advocate for a permanent solution to ensure adequate reimbursement for hospital medicine.”

Aside from educating about the specialty and working on coding and billing issues, SHM also strives for improvements in treatment options and even, for some, the ability to work in the U.S.

For example, there’s positive movement on the modifications to buprenorphine prescribing abilities with respect to the X-waiver. Before April 2021, only physicians who had completed a cumbersome eight hours of training could receive an X-waiver, allowing them to prescribe the drug to treat patients with opioid use disorder. Thanks in part to SHM, physicians are no longer required to complete such training if they treat no more than 30 patients at a time. Noted Dr. Dutta, “It is still not the robust change we need: total elimination of the waiver.”

SHM and the PPC have also pushed hard for immigration adjustments for its members from other countries. One example is the Fairness for High Skilled Immigrants Act, which passed the U.S. House and Senate in 2020 but was not implemented due to congressional reconciliation issues. Presently, physician visas are allocated based on country of origin, which means that immigrants from more populous countries, like India, may have to wait decades to receive a visa, creating considerable stress.

Similarly, SHM has lobbied for the Conrad-30 Reauthorization bill, which recently lapsed and will need reauthorization this year. This bill waives the requirement that people with temporary J-1 visas leave the country for a couple of years before applying for an H1 visa if they are serving an underserved area.

While the pandemic put the brakes on many things over the last two years, including the positive momentum SHM had gained on some of these issues, SHM and PPC members are not deterred. COVID-19 shone a spotlight on existing issues—staff burnout and shortages—and the overall flaws in our health care system. But “This is an opportunity to advocate what we’ve uncovered,” Dr. Dutta said.

Hospitalists may be able to benefit from some of the temporary changes put in place during the pandemic, such as the 3-Midnight Rule, which has been waived by Medicare and many commercial payers for the duration of the public health emergency. Normally the rule requires that patients spend three days in the hospital on inpatient status (and not under observation) before Medicare will cover transfer to a skilled nursing facility.

PPC members and SHM staff have been working with CMS to make many such temporary changes, including new telehealth waivers, permanent. Dr. Hilger said, “It just showed how efficient the system could be without these artificial hurdles in place.”

While SHM and the PPC continue to advocate on behalf of you and your patients, it’s never too late to get involved. “You don’t have to be on the PPC to be involved in the policy world,” said Dr. Hilger. “You can start with local SHM chapters, figure out how to contact your representatives, and make your voice heard. It doesn’t feel like it at the moment, but it’s those phone calls, those emails, that over time chip away and can lead to major change.” n

Ruth Jessen Hickman, MD, is a graduate of the Indiana University School of Medicine. She is a freelance medical writer living in Bloomington, Ind.