Back in 2014, when Eileen Barrett, MD, MPH, MACP, SFHM, was the leader of the New Mexico Chapter of the American College of Physicians, she was asked to help support the launch of the state’s first SHM chapter.

It was a no-brainer to say yes. 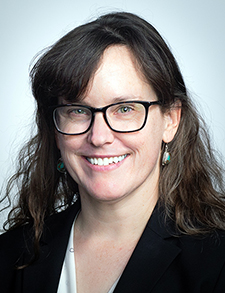 “The idea was to make a big thing feel smaller, and to help give people opportunities to feel connected to each other,” said Dr. Barrett, a hospitalist in Albuquerque, N.M. “To build a sense of community, and to have an opportunity to engage with a national organization.”

And while a chapter in a state as broad as New Mexico might seem of less value than in a denser area, chapter president Sarah Burns, DO, MS, FACP, FHM, a hospitalist at the University of New Mexico, Albuquerque, said, “New Mexico is a much different state than somewhere like New York or California. We’re quite rural. There is a large concentration of providers, so physicians, APPs [advanced practice practitioners], residents, and students, here in Albuquerque in the center of the state. But there is also a residency program down south in Las Cruces, and there are hospitals all over the state, some of which made the national news with the pandemic and how impacted they were by COVID.”

“Our chapter is very important in being able to connect to all of these different locations. The outreach and visibility the New Mexico chapter have to this state, and our ability to make connections with other groups and to provide content with meetings and opportunities for residents, students is important.”

Over the past year, near-monthly virtual meetings have touched on major topics facing hospitalists and health care. In June, it was a document and discussion on “Black Men in White Coats.” In August, there was a program on how to succeed after residency and land a job in New Mexico. In December, it was a session on caring for gender minorities. 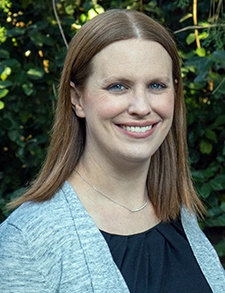 “These are important topics,” Dr. Burns said. “These are things that are very much at the forefront of what we do and what we are encountering. We have the ability, now, to bring this content, virtually, to our chapter members. It’s fantastic … it speaks to how much we believe in bringing such relevant content to our members and affording everyone the opportunity to learn together.”

The chapter brings members together via its annual poster competition, started by Dr. Barrett in 2015, and expanded by subsequent chapter leaders.

“I know that doesn’t sound like much, but it was something that provided members a chance to show their science, and a way to connect with other people,” she said. “And, also, an opportunity for people to have something on their CV that highlights the good work they’ve done. Again, that provides for career acceleration.”

“I started our chapter awards program because I saw there were remarkable people here, and everybody deserves a thank you for doing great work,” Dr. Barrett said. “Awards allow us to say with the imprimatur of the chapter, ‘We recognize you. We see you. And we value the work you’re doing.’”

Subsequent chapter leaders expanded the awards to include students.

Dr. Burns, who was elevated to chapter president in 2020, says that while the COVID-19 pandemic has, of course, made life more difficult for everyone, the national pivot to virtual meetings is a silver lining in a rural state where it can take five hours—one-way—to drive from Santa Fe to Las Cruces.

“Some things became a little bit easier,” she said. “With virtual meetings, people can join from anywhere, from any part of the state. And we can be, well, unfortunately not together in person. But we’re able to have meetings and have, hopefully, valuable experiences for our members throughout the whole state. They can access us arguably easier than it used to be pre-pandemic.”

Whether it’s virtual meetings with chapter executives or national SHM voices, or guest appearances by national thought leaders and chapter heads from across the country, being part of the New Mexico chapter offers members entrée to a community of like-minded folk.

“All of us have agency and have a voice, and a small number of really committed people can do really good things,” Dr. Burns said. “So, it might be the case that every hospitalist doesn’t have time to do something outside of their work, outside of the family duties and obligations. And that’s okay, that’s understandable.

“But our chapter highlights what happens when a small number of people develop relationships and friendships and say, ‘How can we do a little bit of good with each other?’”