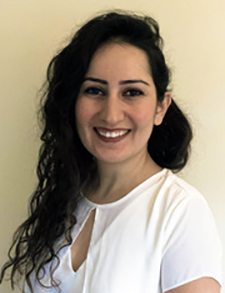 Clinical question: What percentage of patients treated for sepsis in the ED are diagnosed with sepsis at discharge?

Background: Sepsis is a leading cause of death around the world and the single most expensive diagnosis for inpatient care. Early intervention including invasive procedures, large-volume fluid resuscitation, and broad-spectrum empiric antibiotic therapy, have all demonstrated proven mortality benefits.

Setting: An urban academic ED in the U.S. upper Midwest with >100,000 visits per year

Synopsis: The Third International Consensus Definitions for Sepsis and Septic Shock (Sepsis-3), published in 2016, were used for inclusion criteria, with vital signs and laboratory results from the first six hours of presentation. Patients with a primary trauma diagnosis and those with missing ICD-9 codes were excluded from the study. 3,121 patients met the inclusion criteria of Sepsis-3 definitions and received IV antibiotics in the ED. Discharge criteria for sepsis diagnosis included explicit sepsis ICD-9 code listed and implicit infection plus end-organ damage and were used to determine the percentage of patients with a final diagnosis of sepsis. Approximately 30% of patients with suspected sepsis treated with early antibiotics were determined to have had a noninfectious cause of their physiologic derangement. In addition, 39% of patients with suspected sepsis who were not ultimately diagnosed with sepsis at discharge had at least one risk factor for potential harm from large-volume fluid resuscitation, including heart failure or cirrhosis. Combined, these results show potential harm due to overly sensitive sepsis criteria. The limitations of the study include single-site data, possible improvement in end-organ damage with early intervention, and coding errors.

Bottom line: Sepsis criteria for early intervention need to be modified further to be more specific. Current guidelines for volume resuscitation and IV antibiotics may expose a large subset of patients without sepsis to potential harm.

Dr. Taghvaei is an assistant professor of medicine, division of hospital medicine, at the Emory School of Medicine, Atlanta.