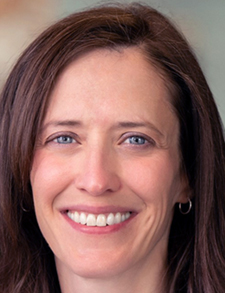 The use of technology to connect people is a great idea if you ask Thérèse Franco, MD, SFHM, president of SHM’s Pacific Northwest chapter.

But not if it’s technology for technology’s sake.

So the chapter she runs makes it a point to ask its 406 members how best to take advantage of social media, Zoom calls, and the rest of the digital diaspora—and not just by scheduling online social hours or lectures that flit too quickly from a Beach Boys cover band to molecular biology.

“I do not think we should be using technology to re-create our live events,” said Dr. Franco, associate regional medical director of Virginia Mason Franciscan Health’s Franciscan inpatient team based in Tacoma, Wash. “I think we need a paradigm shift about how we connect with each other using technology, and how it looks when it’s live. They are naturally different, and I think we should respect that and figure that out.”

The Pacific Northwest chapter covers most of Washington State, except for the state’s southwest corner, which is more geographically aligned with metropolitan Portland, Ore. Covering the country’s 18th-largest state means the chapter needs to, “meet them where they’re at,” Dr. Franco says.

“The biggest challenge for our chapter is that there is a major mountain pass right down the middle of the state, so getting people together for events, particularly in the winter months, is a real challenge.”

And that’s where technology truly can help.

“We’re really looking to leverage technology for meaningful connections and community building, particularly across the mountains, but even all over the Puget Sound,” Dr. Franco said. “A lot of our membership is, obviously, in Seattle and the Seattle area, but Seattle has gotten so busy and crowded that even coming from the suburbs into downtown for an evening event can be burdensome.”

“We’re looking to meet the needs of all of our members,” she said. “Just before the pandemic, we were doing pretty well trying to make a foray into hybrid forums.”

The future of chapter engagement—like that of office workers, in many ways—is likely to be found in that hybrid setup.

In the pre-COVID-19 world, the chapter would host live speakers in Seattle and then stream to hospitalists in satellite locations. The chapter had also set up “operational leads” throughout the state, particularly in regions with a concentration of hospitalists. Sometimes, that allowed the chapter to run hybrid panels, with speakers in different locations, promoting simultaneous active participation across the state.

Put another way: The Pacific Northwest was already experimenting with ways to optimize remote meetings when the pandemic hit so while some chapters were learning how, hospitalists in Washington State were just upping their game.

“We felt comfortable and well positioned to launch webinars because we had already been working on leveraging technology to connect with people,” Dr. Franco said. “I felt really proud of the chapter for being engaged and doing that, particularly at the height of the pandemic.”

The chapter even hosted a book club where it provided gift cards for folks to buy “The Digital Doctor”, authored by Bob Wachter, MD, MHM, and then did a Zoom panel with Dr. Wachter and other popular speakers, including CT Lin, MD, FAMIA, most well known as a proponent of Open Notes.

The other speakers included local hospitalist informaticist celebrities, Dr. Franco says, noting that the Seattle region has multiple respected large and/or academic health systems where speakers can be found.

“What’s worked best for us is to ask people who are really doing the work, like operational leaders who actually do the work, to speak to certain topics. And we’ve done that, and we’ve tried to pull them from different health care systems, and then we get the good cross-section of our membership that are coming from all different areas.”

Another frontier where technology has proven both useful and popular is the arena of continuing medical education (CME), Dr. Franco says.

Members, “… want more CME opportunities, because then you’re connecting with colleagues, but also getting those licensure requirements taken care of and participating in some professional development,” she adds.

Aside from technology, Dr. Franco says another big push for the Pacific Northwest chapter is, “building a leadership opportunity pipeline.”

That means focusing on the entire spectrum of hospital medicine early-career, academic, and community hospitalists. It also means a voice for all subspecialties.